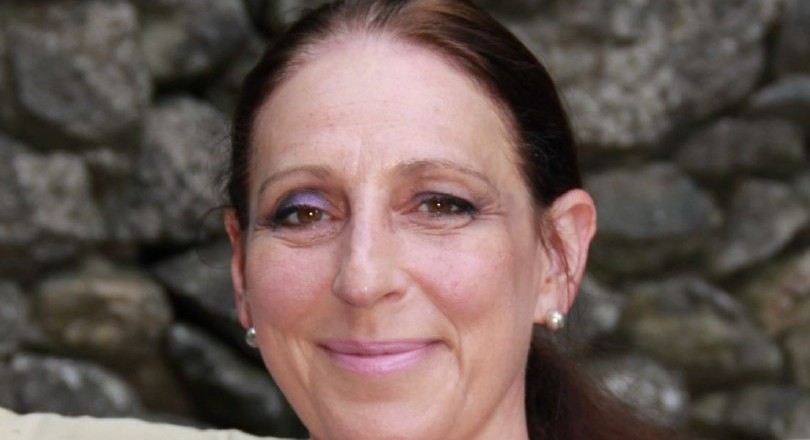 Building a complex, highly-engineered, multi-level facility deep underground, with a network of vaults and tunnels, to store the UK’s growing pile of radioactive waste is quite the challenge.

No less important, and posing different challenges of its own, will be finding a suitable location and a welcoming community for the site.

RWM is clear that the Geological Disposal Facility will only be built where it is fully embraced. The GDF will bring skilled jobs and other investment benefits but, nonetheless, educating and engaging with local communities remains fundamental to the entire project.

A lot of the responsibility for this will fall upon Rachel Roffe, who is head of stakeholder relations at RWM.

Her team engages and forms partnerships with groups across the spectrum: politics, local communities, industry, the supply chain, unions, academia and civil society at large.

“We’re getting in touch with different groups of people, explaining what the project is about, how they can get involved and what it would mean to them. If it's a group that is supportive, then how could we collaborate and work together?

“It is about crafting those plans and actually making them happen on the ground in terms of the outreach that we're doing,” says Rachel.

Each one of the stakeholder leads within Rachel’s team is responsible for developing and maintaining relationships with a particular group, and understanding how that group relates to different elements of the project. Take, for example, a trade union.

“Unions are obviously very interested in the jobs, the community dimension, the skills, and all of the benefits they could bring. Each group will have slightly a different interest in the project,” says Rachel.

“What we're doing is having all those conversations with all the groups. We’re going out meeting people, going to their events, or they come to our events. We’re managing those relationships and keeping people informed because this is a very long term project. We need a lot of supportive people behind this project to be successful.”

It sounds straightforward and collegiate but Rachel is under no illusions about the scale of the task, and the potential pitfalls ahead.

The great British public has, at best, an ambivalent attitude to large infrastructure schemes - take the opposition to airport expansion or High-Speed Two.

Rachel knows this all too well herself from previous roles, such as for Siemens on the Green Port Hull wind turbine factory development. On that one, she had a PR holding operation in place for five years before the project finally got the green light.

Work on the GDF will be across an even greater timeframe and you are also throwing radioactive waste into the equation.

“Nuclear will always have detractors. We will have to manage that as well. I go back to it again, but it is all about developing good relationships in big infrastructure projects. We are impacting communities, we hope positively, but you won't please everybody.

“We have to work really hard to keep communities on board. This is something that will happen over many years. It’s about supporting the communities with the information they need and being able to answer difficult questions.

“We're trying to gear up as an organisation to prepare for that, and we will no doubt face many of the similar problems that other big infrastructure projects have faced.”

Public education will be a key factor in all of this. The GDF is the answer to a problem that many people don’t even know exists. Or, perhaps, the issue of what we’re going to do with all our radioactive waste is just something that we don’t want to really think about.

“I am actually very excited by the task ahead in terms of trying to communicate with people, trying to convince people, and I don't shy away from those difficult questions,” she says.

Rachel and her team are constantly spreading the word, whether it’s at big events, like the Trades Union Congress, New Scientist Live, or speaking at schools and workplaces. The coronavirus pandemic is a, hopefully, temporary obstacle to these activities, but ramping up public awareness is a ‘big, big issue for us.’

There’s also a secret weapon that Rachel can turn to, in order to gauge whether their message is coming across.

“I often use my parents and son as a kind of bellwether to see if they understand it when I stick videos in front of them. How interested they are? How clear is our messaging? That kind of feedback is really valuable. We do need to broaden our base considerably.”

Rachel’s career background and history is exactly what you would expect for someone in her position.

She’s worked in PR and communications roles in large-scale engineering environments including nuclear and renewables, and on major infrastructure projects in the private and public sector.

She first worked in Harwell in the mid-90s working in the waste management division of the Atomic Energy Authority, which is a nice ‘full loop’ around the industry.

However, if you go back a little further into her academic record, things take a bit more of a left-turn.

She has a BA in Modern History and DPhil from Oxford in International Relations, more specifically on the balance of power in the Mediterranean, which involved spending many years in Turkey, including two years as Head of Department at a University in Ankara.

Despite these accomplishments, she knew that academia wasn’t for her.

“The thing about having a doctorate is the discipline that it gives you, the ability to take in a lot of information and process it,” says Rachel.

“I like big, complex challenges and I love this kind of environment, where the people I work with are highly intelligent, highly educated, highly dedicated people who are at the top of their field.”

Rachel first joined Prospect when she was working at Siemens and her husband is also a member.

“I think it's really good to be part of a broader community, especially because of Prospect's focus on energy as well. We’re on the same page in terms of our understanding of the importance of the sector. So that's really attractive to me.”

In fact, Rachel is the stakeholder lead responsible for relationships with unions.

She’s had ‘great feedback’ from Prospect on their work, and the GDF project has staunch supporters in the union, from their full-time officer Jez Stewart, all the way up to Sue Ferns and Mike Clancy.

“I've just had a really positive experience with Prospect. I'm a positive advocate internally to try and get more people joining as well. It just ticks all the boxes for me, not just union membership for me personally, but also what we're able to do at RWM because of our work with Prospect.”