A change to the law might be needed to prevent sexual harassment at work, Prospect’s head of legal Marion Scovell has told an influential committee of MPs. 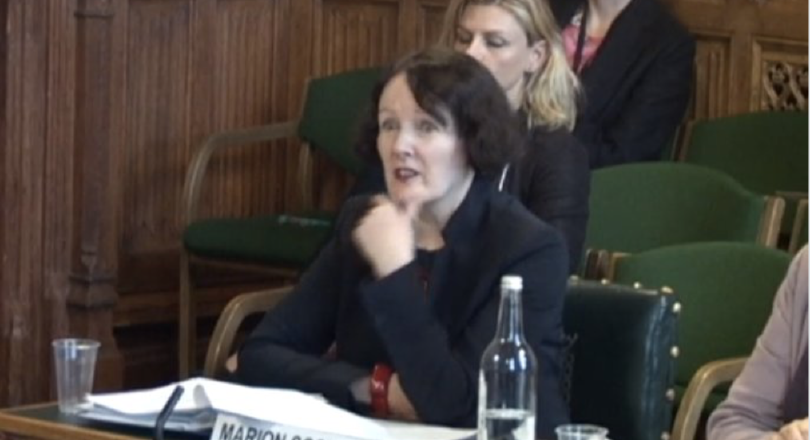 Marion was one of the expert witnesses called to give evidence to the House of Commons Women & Equalities Committee as part of their inquiry into sexual harassment in the workplace.

The Committee was examining the use of non-disclosure agreements (NDAs) and the legal advice given to those signing them.

There has been criticism of the use of NDAs in sexual harassment cases, with concerns that they may be used to conceal improper, discriminatory or even illegal behaviour or to obstruct reporting of such behaviour to the proper authorities.

The prevalence of the use of NDAs and the pressure that they could put on individuals was discussed.

Marion said that there were two different types of agreements being considered. Firstly there are NDAs that apply in advance of an event (as we saw reported in the President’s Club scandal). She said this type of clause relating to harassment or discrimination was completely indefensible and should be unlawful.

Secondly, there are confidentiality provisions in settlement agreements, when a settlement of a potential tribunal claim is reached. Marion placed caution against a blanket ban on these, as they could be a useful tool for claimants seeking confidentiality too. However they should be limited and there should be guidance on their use, in the form of a statutory code of practice.

She observed the number of cases Prospect deals with involving confidentiality clauses in sexual harassment cases were small. This was particularly because union representatives  in the workplace  very often resolve cases successfully before they escalated to legal claims.

She suggested there may be a case for a change of law to make sure that agreements reached through ACAS have a requirement for people to get legal advice.

From the allegations against Harvey Weinstein to the presidents dinner scandal early this year, it is clear the law needs to change to protect women in the workplace,. Hopefully the Women’s & Equalities Committee inquiry is a step in the right direction, you can read more about Marion’s suggestions for change here.

You can watch Marion speaking at the select committee here.