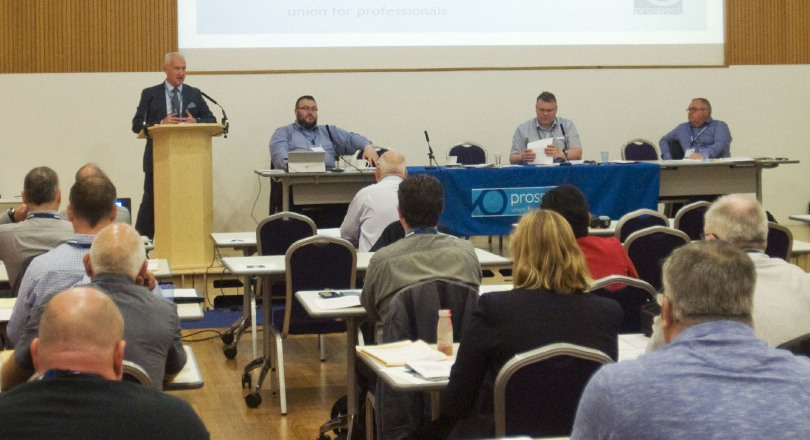 Hudd was moving a motion that highlighted new challenges such as:

Hudd said Prospect would survey all members on a range of aspects of energy policy. The survey would seek to be inclusive by encouraging as many people as possible to respond: those working in the industry, those who are energy consumers and those who have a wider interest in the subject.

The union would use the information gathered from this to begin the work of drafting an energy policy.

Hudd explained that when Prospect’s previous energy policy was drawn up, a third of members worked in energy. But mergers and changes meant that these members now formed a sixth of the membership.

That’s why it was crucial that all members in energy took part in the survey to ensure a large response rate from their branches, he said.

Time was needed to help members across the union, and members in energy and nuclear, to understand this complex subject in which many of our members work, but which we are all affected by.

If it was ready in time, the new policy would form the basis of a motion to Prospect’s national conference in 2018.

Tasos Zodiates (EDF Energy), pictured right, in speaking to support this initiative asked if the future policy would just cover electricity or the wider aspects of energy, for example:

In response, Hudd said the survey would poll members’ attitudes across the union on a number of issues, including green energy, fracking, solar and clean coal.

Its findings would influence policy development, but would not necessarily be binding. He hoped that the responses would lead to the issues Tasos had raised being covered and urged members in energy branches to fill it in.