Green energy in the foothills of Snowdon

Green energy in the foothills of Snowdon

Dean Mannion, an assistant shift manager at Dinorwig power station, talks about working inside the Electric Mountain and why we all need to get ready for Just Transition. 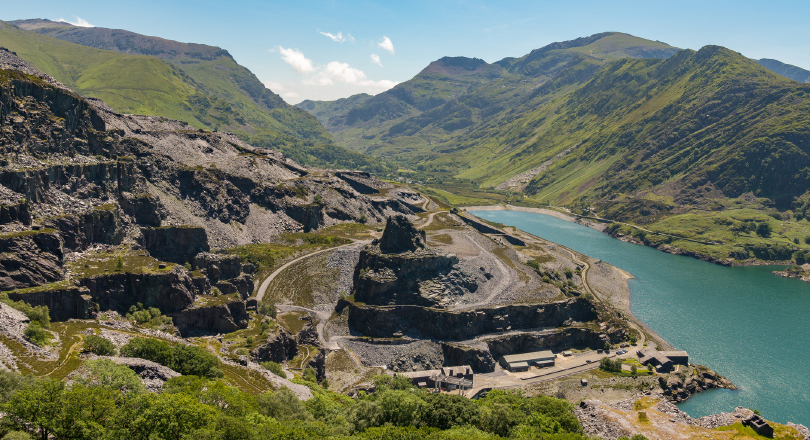 Probably not many of Prospect’s energy members can claim to work in a popular tourist attraction, and certainly not one as beguilingly named as the ‘Electric Mountain.’

Dean Mannion is an assistant shift manager at Dinorwig power station, which together with its nearby older sister, Ffestiniog power plant, comprises the so-called Electric Mountain in Snowdonia National Park, Wales.

Ffestiniog was the UK's first major pumped storage power facility when it was commissioned in 1963.

However, it is Dinorwig, which dates from the 1980s, with its 16km of underground tunnels and six generators inside Europe’s largest man-made cavern deep below the Elidir mountain, that is lauded as one of the global wonders of its kind.

“The stations are unique. As indeed the whole area around here is.” says Dean.

“We're in the foothills of Snowdon, the best views of which I unfortunately only get to see through my cameras or while travelling to and from the station, on a normal working day.  Many thousands of people come here every year. The scenery and atmosphere can change quite dramatically from one day to the next but as I am an outdoor kind of person I appreciate this aspect.”

Strictly speaking, the plant at Dinorwig isn’t a traditional renewable, such as solar or wind. Even so, the running of the plant doesn’t add any pollution and its ‘fuel’ is merely a large lake of water.

“The catch is, once we’ve generated electricity, we need energy from another source to pump the water back up. If we manage to get all of that pumping energy from renewable sources, then we are 100% green.”

Another bonus environmental factor for Dinorwig is that the lakes can also be used to store vast amounts of energy and only use that energy when it is really needed.

“If the solar and wind generators are having a good day they can generate more energy than is actually required and we can use this excess energy to pump water for storage. Then when it gets dark and or the wind dies down we can release this energy and make up for the shortfall.

“If pump storage wasn’t available then this shortfall would probably have to be made up with coal, gas or oil-fired power stations. Thus the net effect of storing and releasing energy in this way actually lowers the carbon footprint of the whole distribution network.

“We're one of the first power stations in the world to be able to store and release energy on such a large scale. The speed and duration of pumped storage is of great benefit to the National Grid operator, whom we have close working relationship with.

The National Grid operator like large amounts of energy on tap, that is fast enough and flexible enough to be able to tune the grid system and cater for unforeseen events, as in the blackout of August last year. At the present time though, there are battery and small diesel generators on the grid which are fast and assist in short-term frequency stability, they aren’t of a size or duration that pump storage provides.

“Dinorwig alone can, if prewarned, provide in excess of 1800 MW in around 10 seconds from zero so I think big and quick is a justified title.” 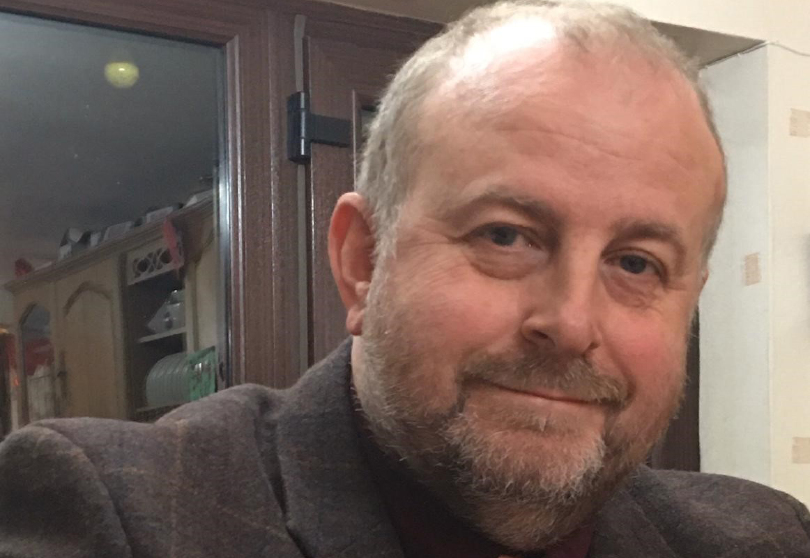 Dean is one of the assistant shift managers in the control room responsible for the running of Dinorwig and Ffestiniog power stations. The plants are manned 24 hours a day and the shift management team also look after some of the within day trading elements and are the senior authorised person on site responsible for the authoring and issuing of safety documents. His offices and the control room are actually deep inside the mountain.

Dean’s career started as an apprentice in the local Ferodo factory, a storied manufacturer of brakes and car parts. Unfortunately, its future was not looking as bright as its past.

“The writing was a bit on the wall at Ferodo and the electricity industry had only just been born in its new guise because of collapse of the Central Electricity Generating Board,” says Dean on why he made the jump to Dinorwig.

“It looked like there were going to be some great opportunities in the energy supply industry, so I decided to swap careers. The fact it was also better pay and conditions when I was in my early 20s it made the change even easier. The only downside was I had to go from an engineer grade in Ferodo to a technician’s grade in Dinorwig but that was only for a few years before I managed to work my way back up.”

Dean has been a union member his entire working life ever since he started at Ferodo.

“I saw the benefits from the get-go and though I wasn't involved in any real union business other than being a member I could see there was a real need for balance. You need somebody that is focused on the needs of the employee, especially when these needs are not necessarily in line with what the employer wants.”

Now, he is chairman of Prospect’s entire ENGIE branch, the French energy conglomerate. First Hydro Company, which runs the plants at Dinorwig and Ffestiniog, is part of ENGIE.

“ENGIE has close to 18,000 employees in the UK alone. My branch has people all over the country in all types of work and contracts. I sit on the national employees forum for ENGIE as the union rep and I also sit on the European Works Council for ENGIE.”

For several years now ENGIE has been pushing hard to achieve carbon neutrality, which has unfortunately meant closing some of its older coal, oil and gas-fired power stations. It’s been a busy time for Dean, who meets with ENGIE’s senior management in Paris several times a year.

“During the transition there were quite a few staff that ended up looking for jobs elsewhere or ended up being made redundant. To try and make this as painless as possible necessitated negotiating with the company at all levels. I'd be negotiating in Paris with the top ENGIE management to agree some of the principles and philosophies for the UK businesses,” says Dean.

“Then I negotiated with the UK management, to see how we're going to apply those principles to whom and where. Then I would end up negotiating with local management from whatever site to ensure the best processes as possible were adhered to in the interests of the employees.”

While not without conflicts, and it being impossible to give everyone exactly what they want, Dean says the process has, in the main, gone pretty well.

The main driver was that workers affected by a plant closure would be offered work elsewhere within the ENGIE group. Despite the policy of closing fossil fuel plants, management were keen to keep skilled workers in-house wherever possible, or retrain and assist them in other ways if not.

The reorganisation has been a continuous process and it is being felt across the energy sector, not just at ENGIE, says Dean.

“The need for reducing carbon emissions is real and it is now. It will involve companies making some tough and difficult choices over the next few years. In the UK, we've done the quick and easy options by closing old power stations that needed refurbishment anyway. But it’s not the end of the process by any means.

“What takes their place in the long term and how the global energy system will work still has far more questions than answers. I personally feel strongly about global warming and know it is this generation right now that must make the difference or there won’t be a tomorrow for the next generations. I also know it will be far from easy or painless.”

As one of the leading voices in the campaign for a Just Transition, Prospect has taken a lead in trying to tackle, and raise awareness of, in Dean’s words, the “even more difficult decisions to come.”

As the energy sector moves towards a lower carbon model, there will only be more disruption to come, and we need to be ready for it.

“The thing that's keeping us in work is being able to respond to change and being profitable in whatever environment that we find ourselves operating in. But if you wait until things change around you, you're going to get caught out.

“At this point in history we must embody a pioneering attitude which of course contains its own inherent risks. However, whether a pioneer or not, big changes are coming, for everybody over the next 15-20 years.”