Graham Ross helped to build and operate several of Veolia’s Energy Recovery Facilities in the UK. He reflects on his career, on producing energy from waste and his long-standing local and international union activism. 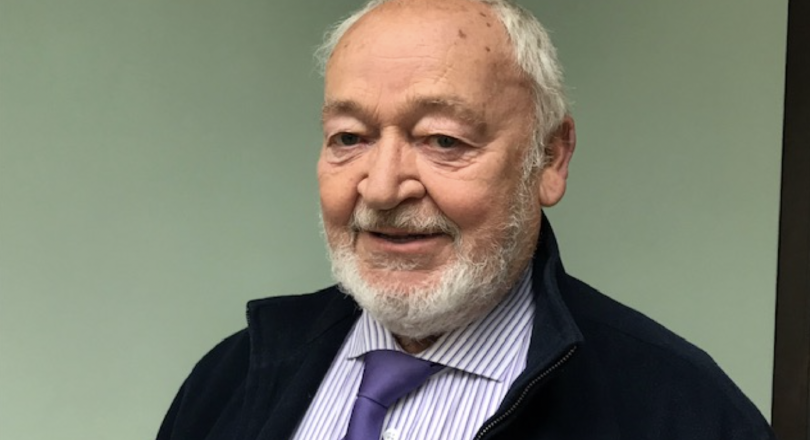 Wind, solar and hydro readily spring to mind when it comes to renewable energy. However, there is another, practically limitless, source that is also an important part of the renewables mix: rubbish.

One man who knows more than most about generating energy from waste is Graham Ross, who helped to build and operate several of Veolia’s Energy Recovery Facilities. For two years Graham was also the general manager at its flagship SELCHP plant in south east London.

This summer, after a total of 55 years across the energy industry, he accepted a severance package and left Veolia to form his own training company for the industry.

Producing energy from waste, to the uninitiated, sounds too good to be true.

“If you walk away from the actual fuel itself, which is non-recyclable waste from households and business, then pretty much everything else is the same as a regular power station,” says Graham.

“You're producing superheated steam, which drives a generator and that power is exported to the grid.”

As well as the source of fuel, another differentiator with ERFs are the strict emissions limits.

“In the early days, we were allowed about one-tenth of the permissible emissions of a coal-fired plant. We had to report on emissions that we didn't have to report on at the coal fired plant. That was quite a change and I had to learn a lot about the gas clean-up.”

The emissions limits for ERFs have been revised many times over the years but Graham says responding to new regulations is all part of the challenge of working in a relatively new part of the energy sector.

For example, when the European Waste Incineration Directive was introduced in 2000, Graham worked on a major refurbishment of the Birmingham ERF plant to ensure that it complied.

The power output of an ERF equates to roughly 500 to 550 kilowatt hours per tonne of non-recyclable waste.

Another key benefit of the process is that the non-recyclable waste, if not used for energy, would just be destined for landfill.

According to the London Assembly Environment Committee, London households in 2016 generated around 3.7m tonnes of waste. It would be much more if waste from businesses and public buildings was included.

To put that amount of waste in perspective, the SELCHP plant in south east London, which operates 24/7, handles 450,000 tonnes of non-recyclable waste per year.

“The only alternative for this waste would be landfill. If we just put in the ground it becomes next generation's problem. We reduce the volume of the material to 10%. So even if it was going to landfill, it would still be a big advantage, but we reuse it for energy.”

An ERF plant produces the same amount of carbon dioxide as would be produced from storing the raw waste in landfill, but the real benefit is that other harmful gases such as methane are burnt off as part of the process.

“It's a big saving in terms of the active greenhouse gas elements of decomposition from waste materials,” says Graham.

Another by-product of the process is the extraction of ferrous and non-ferrous metals in the ash which is then recycled and residue non metal ash can be graded then used as construction aggregate.

“In overview, I would say that it's not a perfect process because we still produce some emissions but in my view, of the known technologies today, it is a better option than landfill or any other process.”

Veolia operates 10 ERFs in England and other companies, such as LondonEnergy and Cory Riverside Energy, run their own energy from waste plants.

“SELCHP was sort of the first breakthrough in the UK for this type of process and it was always known as the flagship plant,” says Graham.

“When I started in the business, there were a few municipal operations, but they were mainly incineration and didn’t have energy recovery. At the moment, there are a lot of ERFs in construction around various parts of the country.”

Graham’s career in the energy industry started in 1964, initially in the electrical maintenance department at a power station, and gradually moved into various operational roles at different plants across the Midlands.

Back then, his employer was the Central Electricity Generating Board and he eventually settled at the Drakelow site in Staffordshire, with its three coal-fired power stations. When he left in 1996, when it was operated by PowerGen, he had risen to become operations manager.

When he started at Veolia the company was still called Onyx.

“I started on the construction and commissioning of the first Onyx ERF plant in the UK, in Birmingham,” he recalls. “I did various jobs there and ended up as the plant manager.”

After Birmingham,  Onyx built another ERF plant in Sheffield, which Graham did some of the training for, and was later asked to stay on to fix some operational problems.

He stayed in Sheffield for three years, before being asked to manage the flagship, and the biggest, SELCHP plant in London.

Finally, as a project general manager, he oversaw the building of two further ERFs at Four Ashes in Staffordshire and Battlefield in Shropshire.

“I was assisting commissioning, appointing staff and training people, and both those plants are now operating successfully.”

“In 1996, I was involved in setting up some of the safety rules for Veolia’s sites. We took out a licence from PowerGen and adapted their rules,” explains Graham.

“From that point on, I've been the author of the rules, doing updates, carrying out training, and setting up the infrastructure for safety rules on sites around the country.”

Following his departure from Veolia in the summer, Graham has formed his own company to provide safety training and operational support to Veolia and to other energy recovery and district heating operators, which can benefit from his many years of experience in the industry.

If 2019 has seen some big changes in his career, it is also a major milestone for him as a trade unionist. This month, he is due to be presented with a Prospect Long Service Award, marking half a century.

You could even say that he was a trade unionist before he actually started working. As it was a closed shop back in the 1964, the local branch of the Electrical Trades Union interviewed him before he could start his first job.

As he progressed into operations, he left the ETU to join the Electrical Power Engineers' Association, a predecessor of the Engineers' and Managers' Association, which later merged with the Institution of Professionals Managers and Specialists to become Prospect.

His natural interest in the safety rules led to him serving for many years on the EMA National Health and Safety Committee.

“Then, of course, I got more involved in the union and management negotiations on site. I did local negotiations and national ones as well for short spell,” says Graham.

“I did a short spell on the EMA National Executive Committee. I quite enjoyed that. And when they brought it round to the energy recovery facilities, we signed a lot of members up. By default, I think I became the branch chairman.”

Perhaps, one of Graham’s most fulfilling union activities has been serving on his company’s European Works Council representing the UK. He served for 15 years and was in Paris for meetings four or five times every year, before he stood down in 2014.

“We were able to achieve quite a lot because we used to meet with the global CEO and other members of the main executive. There were 18 countries represented and 16 languages spoken.

“We put many ideas forward. If you could persuade several other countries to sign on to it, then they had to debate it.”

Among the positive changes that Graham, through his work on the European Works Council, was able to secure included the introduction of pensions for more junior employees, negotiating proper sick pay and resolving redundancy situations.

“We came out with lots of other things as well and we produced various directives from the EWC, which went back to the management in each country. It was quite an exciting time and I enjoyed doing that.”

Graham has given far more back to the union than he has received, but even so, there have been occasions when he has needed some support.

“I had the misfortune at one plant when it was still the generating board, where there was a serious incident and ended up in the Crown Court. I was involved as the manager, but the union supported me very well, and the court agreed it was a corporate matter, which changed the game.”

“But, overall, you learn that being a union member means that you’ve always got somebody to stand alongside you.”