Unions must engage with Just Transition

Unions must engage with Just Transition 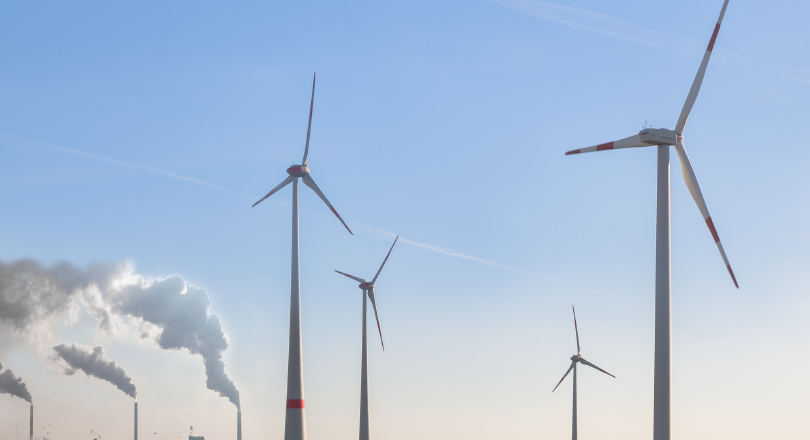 There has been a lot of talk today, starting with the Cabinet Secretary about how coal communities and jobs in the coal industry were impacted by transition to other forms of fuel over the last 30 years.

Like many in this room I have first-hand experience of the devastation caused by that transition, I was born in a pit village in West Yorkshire. I’m the first male member of my family not to work for the National Coal Board or its private sector predecessors since 1850, and now I live in West Fife surrounded by the industrial archaeology of what was once Scotland’s largest coalfield.

As a senior trade union official, General Council member and Just Transition commissioner, I fundamentally believe that engagement with the Just Transition Commission (JTC) is a key part of our ability as a movement to build influence and ensure that the net-zero economy is one that delivers high quality, well paid, unionised jobs.

But I understand the scepticism displayed by some across the movement about involvement. The Cabinet Secretary talked about 46,000 current jobs in the “green economy” and £11bn of economic activity these jobs create.

Like many in this room I struggle to identify where a huge swathe of these jobs are, let alone to measure their economic value.

As a union we have supported the campaign by STUC, Unite and GMB over the BiFab yards, and absolutely share the concerns and anger around the redundancies at CS Wind in Campbeltown and at the HRS Energy biomass plant in Hull.

Industrial activity must drive the move to a net zero economy, not be a victim of that move.

We stand absolutely behind the STUC’s balanced energy policy which includes nuclear generation, however unpopular that may be with some in the room today, nuclear jobs are green net-zero jobs.

We understand that organising in the net zero sector is challenging, but we cannot simply write the sector off because “there are no jobs there.”

Prospect fundamentally disagree with that and we have appointed an organiser whose sole role is to look at opportunities to build our influence and win for members in the renewable sector.

Roz [Roz Foyer, Unite Head of Organising] was absolutely correct when she said in her presentation “we need to organise now to have a meaningful influence on transition”.

We need to look at new ways of engaging with a workforce that looks, feels and behaves differently to how many of our traditional workplaces look.

We absolutely need a wider strategy for delivering a Just Transition, ending energy poverty, and building workers’ influence and power in workplaces rather than hoping an incoming government will renationalise the energy sector, because without a Plan B we run the risk of being sorely disappointed when we wake up on December 13th.

So I understand the scepticism about engagement, I understand the difficulties and complexities we face in building our own structures, but when that scepticism becomes outright hostility and there are calls for the STUC to withdraw from engagement with the JTC then this is where I part company from colleagues here today.

If we want to change procurement policies to encourage localism and municipalism and the benefits they can bring, if we want to ensure that the poorest in society do not pay the highest price to decarbonise, if we wish to push for more state involvement in system planning and energy change, then we must be engaged at this time.

If the Scottish Government had created a Just Transition Commission and we had not been included as stakeholders, we would quite rightly be incensed and outraged, and we’d be demanding a seat at the table, and yet there are some who would currently have us step away from that position of influence.

Colleagues this is not an either / or situation. We do not currently face a binary choice between an industrial strategy to build our influence or a political one.

We need to have both, having one without the other will not build influence and create the types of jobs we wish to see.

Yes, we must guard against incorporation, we should not become apologists for hypocrisy (a charge levelled at us recently).

However, we must not let those who would pigeonhole unions as being resistant to economic change, as being out of touch with the climate emergency, or as only representing “yesterday’s workers”.

If we do this then we are failing, not only those members impacted now by transition, but future generations of workers entering, or yet to enter, the labour market. Our attractiveness and relevance will fall and our ability to organise will atrophy.

We ourselves must now face up to the immense transition we as a movement need to make to ensure we are relevant both to workers transitioning out of the old economy and those workers joining the new one.

I don’t believe that we do that, at this moment, by making binary choices about how we build influence.