The median pay rise across the public sector in the past 12 months was 2%, but remains lower than the median pay increase in the private sector and is still being outstripped by inflation, Ken Mulkearn, the director of Incomes Data Research, told Prospect's pay seminar. 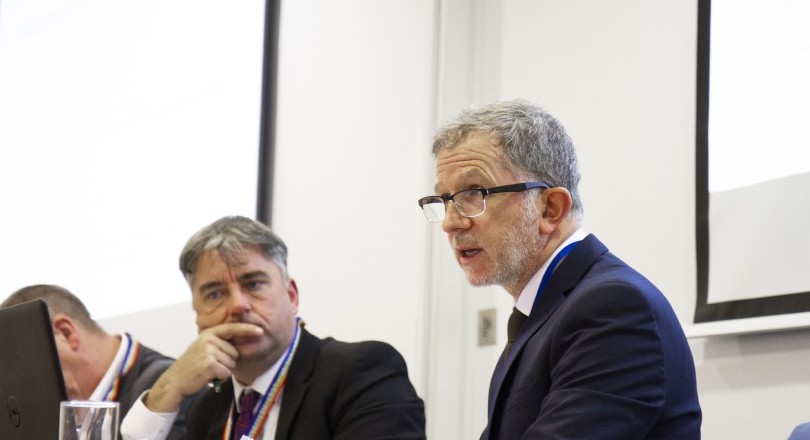 IDR's analysis showed that public sector pay continues to lag significantly behind that of the private sector, despite a slight uplift since the government abandoned its 1% pay cap earlier this year.

Crucially, the median 2% increase in the public sector was still lower than both of the commonly used measures of inflation. The Retail Price Index was 3.3% in October 2018 and the Consumer Price Index was 2.4%.

Teachers and NHS workers were among the big winners in the public sector this year receiving pay deals of 3.5% and 3% respectively.

However, in the civil service and arm’s-length bodies, Treasury guidance stipulated a range of 1% to 1.5% rises. Departments wanting to award increases outside this range had to make a special business case to do so.

There was some discussion among the Prospect delegates attending the seminar that, in their experience, the Treasury rejected many of these special business case applications.

The large departments, such as Health and the Ministry of Defence were all given 1.5%. The lowest award was 1% for House of Commons staff; the highest was 4.1% for Scottish Parliament workers.

Mulkearn said he had followed the judicial review contesting the government's civil service pay guidance launched by Prospect and other unions.

"Although it ultimately failed, it nevertheless revealed quite a lot about the process," he said.

"The Treasury wanted to stick to the range of 1-1.5% in order to manage expectations elsewhere in the public sector. The phrase that comes to mind is, ‘do you ever feel like you’re being used?’ It revealed a lot about Treasury thinking."

Another trend identified by IDR was recruitment, retention and staff motivation being cited as a justification for some of the better pay increases recommended by public sector pay review bodies

"The NHS review body said that pay restraint was not contributing to the recruitment, retention and motivation of NHS staff," said Mulkearn.

"For a trade union to make such a statement is incontrovertible, but when review bodies say this kind of thing it is very serious indeed.

"We are perhaps coming to the end of a very long period of pay restraint and this issue of recruitment and retention is becoming more and more important."