Thousands of Prospect members in the civil service have been writing to MPs to express their frustration at being treated differently to other colleagues in the public sector. 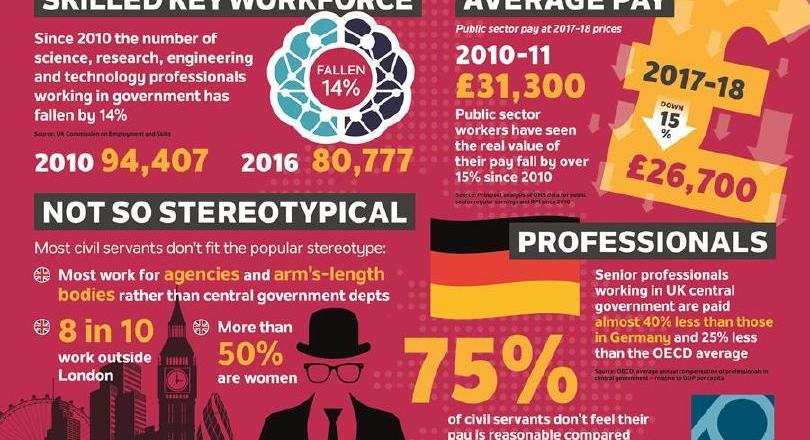 The government announced in September 2017 that it would lift the 1% cap on public sector pay. NHS and local government workers have since been offered and accepted cap busting pay offers. But in late June, the government issued guidance restricting civil service pay to 1-1.5%.

Prospect immediately called on the Minister for the Cabinet Office, David Lidington, to withdraw the guidance to allow negotiations and consultation to take place.

General secretary Mike Clancy said: “Members will quite rightly see the replacement of the 1% cap with the ‘flexibility’ to pay average awards in the range of 1-1.5% as grudging and derisory after so many years of declining living standards.

“They see a sharp contrast in how their pay is to be treated when compared with colleagues working in other parts of the public sector, many of whom also continue to benefit from pay progression on top of headline awards.”

Lidington replied to the unions apologising for the failure to consult on the guidance but refusing to withdraw it.

Prospect, PCS and the FDA have written to Liz Truss at the Treasury seeking an urgent meeting to discuss both the content of the guidance and the failure to consult.

Garry Graham, deputy general secretary who leads the sector, said: “Those covered by the guidance have been singled out for particularly harsh treatment compared to their colleagues in the wider public sector.

“Despite the warm words from the Minister about valuing the contribution of staff, many will view the government’s actions as demonstrating a contempt for the hard work and commitment they show.”

Senior reps from across the sector will meet on 18 July to discuss the next steps in the campaign.