Workplace fatalities increased slightly last year, with people aged over 60 and the self-employed accounting for a disproportionate number of the deaths, according to new figures from the Health and Safety Executive. 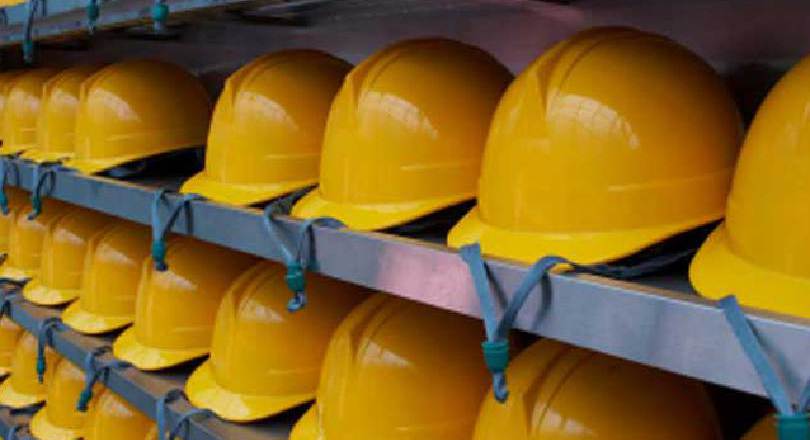 In the year to March 2018, 144 people died at work – nine more than in the preceding 12 months, provisional statistics show.

However, the number of deaths per 100,000 workers remained broadly the same as the in the year before, at 0.45.

The declining rate of workplace fatalities witnessed in recent decades has stalled, with little change in the past five years.

In addition, 100 members of the public were fatally injured in incidents connected to work. Just over half of these occurred on railways.

However, the figures do not include the thousands of people who die each year from occupational disease, or those who die in road accidents involving someone who was driving for work.

The new figures also highlight the risks to older workers. Four in ten fatal injuries in 2017-18 were to workers aged 60 or over, even though they make up only around 10% of the workforce. 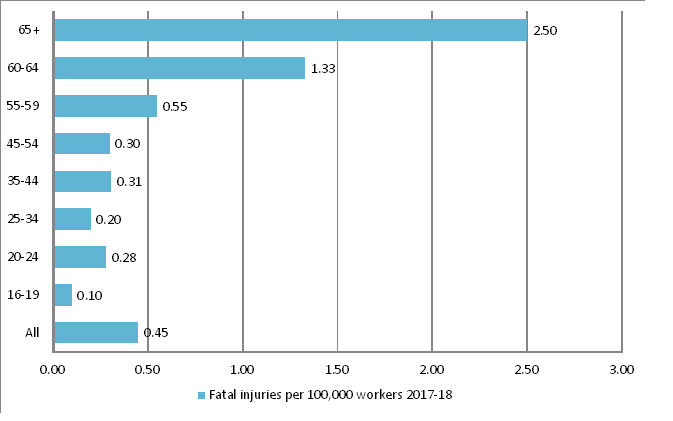 The proportion of fatal injuries to older workers has been steadily increasing in recent years although the increase last year was particularly sharp, the HSE said.

There were 44 fatal injuries to self-employed workers, representing a third of workplace deaths. This is despite only approximately 15% of the workforce being self-employed.

As in previous years, the deadliest industry was construction, where 38 workers were killed.

This was followed by agriculture, which had a fatal injury rate around 18 times as high as the all-industry rate.

Twelve people died while working in the waste and recycling sector. Fifteen fatal injuries were recorded in the manufacturing, transport and storage sectors.

Falling from height was the most common cause of workplace death, followed by being struck by a moving vehicle.

The HSE simultaneously published its annual mesothelioma mortality figures, which once again showed a year-on-year increase.

There were 2,595 deaths in 2016 – up from 2,549 the year before. The HSE says that the figure is not likely to come down during this decade, despite previous predictions to the contrary.