Prospect has written to the Minister for the Cabinet Office, David Lidington demanding the immediate withdrawal of the 2018 pay remit guidance for the civil service to allow negotiations and consultation to take place. 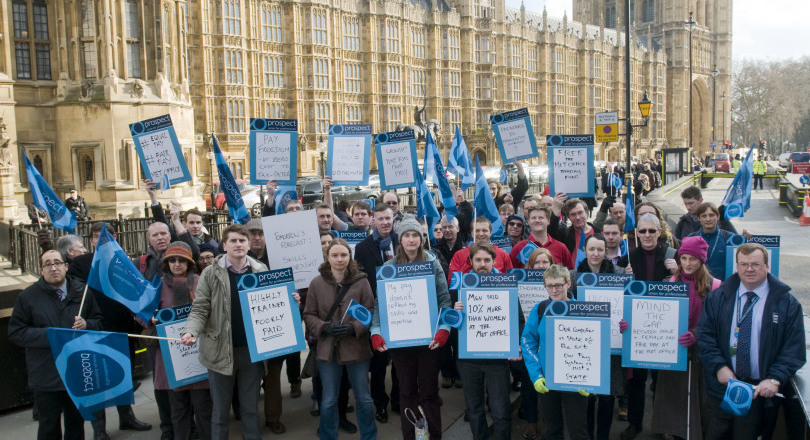 The guidance, which was published on 25 June, sets the framework for pay negotiations in the civil service and parts of the wider public sector.

The union’s general secretary Mike Clancy said the absence of engagement on the content of the guidance “demonstrated contempt both for the unions and the members we represent.”

He said this was in sharp contrast to the approach taken in the NHS, local government and by the Scottish government.

At a meeting before Easter, the Cabinet Office promised Prospect, the FDA and PCS that meetings would take place before the guidance was published.

The Cabinet Office also promised that it would share a final draft of the guidance with the unions before it was published to allow negotiations and consultation to take place.

Although the unions did receive a draft, the levels of pay increases permitted were not set out.

Further meetings were scheduled but cancelled at short notice.

Prospect told the Minister: “It is now clear the Cabinet Office or the Treasury never intended to discuss the guidance.”

Prospect has repeatedly pressed for meetings with the Cabinet Office and the Treasury to discuss the guidance since the government announced that it was abandoning its policy of capping public sector pay awards at 1% in September 2017.

“Members will quite rightly see the replacement of the 1% cap with the ‘flexibility’ to pay average awards in the range of 1-1.5% as grudging and derisory after so many years of declining living standards.

“They see a sharp contrast in how their pay is to be treated when compared with colleagues working in other parts of the public sector, many of whom also continue to benefit from pay progression on top of headline awards.

“The government has singled out those covered by the remit guidance for particularly harsh treatment.

“It is always Prospect’s instinct to negotiate and engage with employers. But where we are faced with intransigence and a determination not to listen and engage, it forces us to adopt different tactics.

“This is a watershed moment and we can only hope you have reflected on the intensity of our voice when we met [on 27 June] and you withdraw the current guidance to allow for proper dialogue,” Clancy concluded.