Prospect members working for the Atomic Weapons Establishment (AWE) have voted to accept the company’s final offer on pensions and end their industrial action. 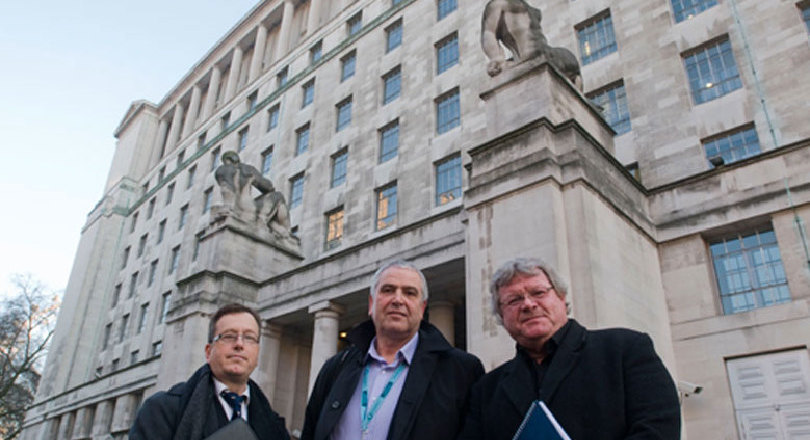 AWE, which makes the UK’s nuclear deterrent, closed its defined benefit pension scheme on 31 January and replaced it with a defined contribution alternative.

In November 2016 members held a one-day strike, and since then have been working to rule, in protest at the company’s decision to close the defined benefit scheme and replace it with a defined contribution scheme.

The defined contribution scheme eventually introduced on 1 February was significantly better than the one proposed in the company’s original consultation document.

The ballot closed yesterday with 59% of members voting to accept and 41% voting to reject. Turnout was 84%.

Prospect negotiator Richard Tabbner said: “Members secured significant improvements to the pension proposals through their industrial action. This shows how important it is to respond to challenges in the workplace in a collective way and also how trade union members get a better deal on pensions and other terms and conditions.

“However, it is extremely disappointing that industrial action was needed to secure most of the improvements; the company should have offered the best possible terms in the first place.

“The result should not be interpreted as members being satisfied with the outcome. The closure of the defined benefit scheme broke clear promises that had been made to AWE employees in the past and members are rightly angry about that.

“The result simply shows that members felt the final proposals were the best that could be achieved at this stage.”

The ballot was delayed to allow Prospect representatives to meet defence procurement minister Harriett Baldwin to press the case for the government to honour promises made to AWE employees in the past and allow them to retain a defined benefit pension scheme.

In the meeting, and through subsequent correspondence, the minister made it clear that government would not fund this.

Tabbner concluded: “AWE employees have been treated appallingly. Promises were made by politicians at the time of contractorisation but the current government was not interested in keeping them.

“Government funding was necessary to retain a defined benefit pension scheme but the minister would not provide it. We are already seeing evidence of employees who are crucial to the work programme leaving the company over this issue.”

Prospect represents 140,000 members in the public and private sectors working as engineers, scientists, managers and specialists in areas as diverse as agriculture, communications, defence, entertainment, energy, environment, heritage, industry, media and transport. It is the largest union in the UK representing professional engineers. It has over 30,000 members working for government departments, agencies and non-departmental public bodies.