The mayor of Bristol Marvin Rees came along to a meeting during Prospect’s Union Week to express his support for organising employees working with children in the voluntary and private sector. 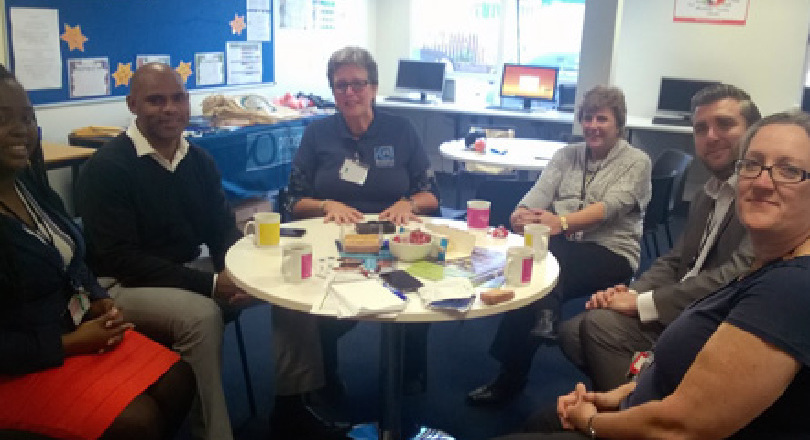 Esther Keller, Prospect’s education and children’s services vice-president, invited him to discuss the issue with the union. The meeting was hosted at Learning Partnership West, an alternative learning provider in Bristol which educates children excluded from mainstream school and supports them into employment and training.

Many organisations running such services for children are commissioned by local authorities but run by independent providers from the voluntary sector and social enterprises.

Esther said: “People working for such organisations – at the coalface with young people – do not necessary see themselves as a united workforce, all working towards the same goal. This is what we would like to change.”

The mayor was enthusiastic and suggested organising a gathering in the city centre to bring this group of workers together, adding that he would be happy to attend. He advised Esther to contact other stakeholders working with voluntary, community groups and social enterprises to take this work forward.

He sees this as part of developing a strategy for what the voluntary and community sector will look like in future, and to make grant making and procurement deliver that, rather than the current system of “Here’s a service, we are putting it out to tender, if you’re lucky you’ll get it”.

Pressures on public spending are influencing the future role of local government as a commissioner rather than provider of many services, he points out.

“We could at look at training for managers and setting up a city VCS workforce training programme, with unions, for example. Along with that we need to give this workforce a stronger voice in the city. They will be absolutely essential in future.”

One of the mayor’s passions is that every young person should have access to good quality work experience and apprenticeships.

“This is an offer we should make as a city, not just the council – big employers, Airbus, universities, hospitals, voluntary sector, police, fire as well. As a collective we should offer every young person good quality experience at work.”

Esther will contact other stakeholders in Bristol to set up the event for voluntary and community sector workers. As a further strand of this work, she has also agreed to draw together a list of organisations involved in promoting good quality work experience for young people.

“Today’s meeting was a good starting point,” she says. “There is a lot to do but I am glad that Prospect’s Union Week enabled us to begin this conversation.”