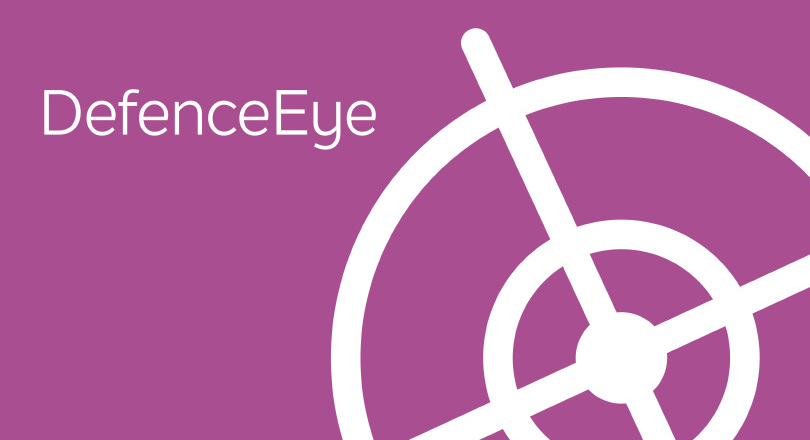 The union appeared before MPs on the House of Commons defence committee on 8 November following its written submission to the inquiry into defence acquisition and procurement.

Prospect head of research Jonathan Green said: “The defence industry is always challenged to manage peaks and troughs in production – a new industrial strategy will help navigate this difficult terrain,” adding that the invitation is evidence that Prospect is seen as an important stakeholder, whose views need to be fed into the policymaking agenda.

Prospect members at the Atomic Weapons Establishment took industrial action and action short of a strike in November. This due to a dispute over AWE’s plan to replace the defined benefit pension scheme with a defined contribution alternative that is worse than the DC scheme currently available to staff.

Prospect has called for pay concerns to be considered in the latest Defence Infrastructure Model Review as there are still recruitment and retention issues for specialist roles.

Pay is one of a number of issues highlighted in the union’s response that incorporates feedback from members on the current state of DIO operations, including relations with contractors.

Prospect has urged the Ministry of Defence to support staff affected by its defence estate rationalisation plans by actively facilitating redeployment within MoD or the wider civil service.

The Secretary of State announced a new Defence Estate strategy, which includes plans to sell 91 sites, in the House of Commons on 7 November 2016.

Prospect has welcomed the Ministry of Defence announcement that the UK has been chosen to be a global repair hub providing maintenance, repair, overhaul and upgrade services for F-35 avionic and aircraft components.

“DECA was bidding to be the European regional hub, so the decision to make it the global hub from 2021 to 2025 is a huge boost to the Agency and its staff and a welcome recognition of its skills and capabilities,” said Prospect negotiator Steph Marston.

Working for professionals, managers and specialists in the MoD

Prospect has corrected assertions made by PCS in a message inviting Prospect members to join them in November. It points out that Prospect led the way in negotiations on the Civil Service Compensation Scheme that improved the Cabinet Office's original proposal and reinforced protections against compulsory redundancies. PCS refused to be a part of those negotiations.

Progress on challenging the indefensible performance management system was achieved because Prospect insisted on evidence-based dialogue with MoD. That battle is not yet won and it is essential that all the unions continue to press MoD and the Cabinet Office for a better system.

On MoD's Estates Strategy and potential SDSR staff cuts, Prospect's approach is to challenge constructively, secure fair treatment and, where necessary, build positive relationships with new employers, rather than demoralising members by scaremongering.

Prospect highlighted some of current problems associated with funding defined benefit pension promises in its submission to the Commons work and pensions committee inquiry into the Pension Protection Fund and the Pensions Regulator.

Although many employers find their ongoing sustainability threatened by the funding requirements of a defined benefit scheme, Prospect described notable examples in two of its employing areas.

The union’s submission to the Common’s Public Bill Committee on the Savings (Government Contributions) Bill has focused on the proposed Lifetime ISA (LISA) and the impact this could have on saving for retirement and the implementation of auto-enrolment.

The submission raises a number of concerns, not least the possibility that LISA could:

The union has produced a series of briefings to examine the implications of Brexit on Prospect members.

The briefing is one side of A4 so can easily be displayed on noticeboards, as well as circulated in electronic format.

September’s Brexit briefing looks at the impact across all Prospect employing industries and argues that Brexit should be seen as “an opportunity to safeguard” the British defence industry and provide a robust industrial strategy for the sector.

Prospect member and representative Satnam Ner is the first black vice-president of the Scottish TUC and hopes to become its president next year. Satnam, a radiochemistry manager in the nuclear safety department at Rosyth Dockyard in Scotland, spoke to Prospect for October's Black History Month.

Prospect members in Landmarc have voted overwhelming to accept their 2016 pay deal. The company agreed to include the 2.5% across the board increase in October’s salaries, backdated to 1 April 2016.

Prospect’s legal team has produced a new employment update that pulls together the growing case law on allowances covering holiday pay and commission and extending the right to voluntary overtime. The basic principle is that when workers are on holiday they should be paid their normal remuneration.

Date for the diary – the MoD Group ADC will be held 12-13 June 2017 at Aston University, Birmingham. Branches should submit all nominations and motions by 12 noon on Monday 1 May 2017.

Branches are asked to give advance notice of possible delegation numbers and any potential trainee delegates as soon as possible.

Stress quiz – an awareness-raising and recruitment leaflet that seeks to bust some of the myths around stress.

Legal Eye – This edition includes a report of the first year with the union’s new solicitors; rights to holiday pay; Prison Service appeals tribunal victory, and a legal focus on the Supreme Court.

The latest issue of MoD Eye, which shows how the union is working for members in the Ministry of Defence, has been published.

‘Building Prospect Scotland’ is the new title of a newsletter produced by the union’s Edinburgh team. It focuses on recruitment and organising and aims to give reps and members ideas and inspiration for boosting Prospect’s profile and presence in Scottish workplaces.

It's bullying – A4 poster highlighting the different types of bullying

If you have moved home or changed your email address or other contact details, please email Prospect membership department. You can also amend your details via your member welcome page if you have registered on our website.