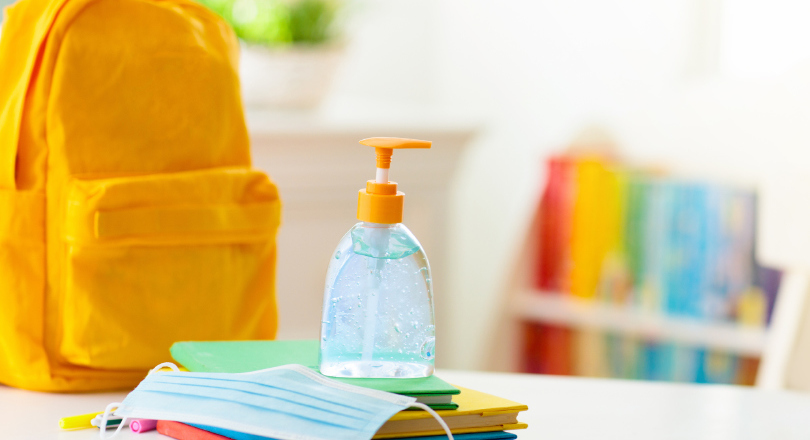 Can it really be the case that complicated changes to schools’ legal status are continuing during the pandemic, via the academies scheme?

Covering local controversies about the policy as I do, I can confirm that academy conversions – which see schools leaving their local authorities to be directly funded by the Department for Education – though reduced in number, are rolling on.

In cases I have been following, these permanent changes to the legal control of schools, which usually see them joining chains of institutions called Multi-Academy Trusts, remain highly contentious with local communities.

Yet mechanisms within the policy for decision-makers effectively to bypass local opinion seem highlighted even more starkly during a national emergency, when arguments in favour of stability and concentrating on the issue at hand seem that much stronger.

Possibly the most concerning-cum-bizarre case in recent weeks has emerged at Steyning Grammar School in West Sussex. Despite the name, this is a comprehensive, whose origins go back to the 17th century.

Back in January, parents and staff learnt that the governing body of this voluntary controlled school had been in discussions with a multi-academy trust called Bohunt to work with that trust, though the letter from the chair of governors and the trust did not spell out what this would mean: that governance and decision-making power stood to be subsumed within Bohunt.

On March 30th, the move was put on hold, the government’s Regional Schools Commissioner, Claire Burton, telling a Steyning parent in a letter that she could not approve plans while “the greatest issue currently facing our nation and the school system is Covid-19, therefore… No academy orders will be issued at this time”.

This hiatus lasted less than two months, however. By May, the government – which of course has made academisation one of its signature education policies - was back to processing academy applications, with Steyning’s being approved at a meeting on May 21st. Plans for it to convert this autumn continued as pupils returned this term.

The move effectively to end independent governance at Steyning, during the pandemic, however, has proved hugely controversial, with more than 1,100 people having signed a petition against it.

But here comes the most staggering aspect. Schools legally have to consult before becoming academies. So, surely, at least the weight of local opinion on this would become apparent during such a move, readers might think.

In terms of “consultation”, Steyning did indeed hold two local meetings after first announcing its plans. It also invited responses from parents and pupils. And yet: the school never seems to have released any information on what this consultation found. Parents have not seen any results. No details have been released as to how governors took any information into account in confirming their decision to join Bohunt.

And, when I asked the school for the consultation results, I was directed to a question and answer page which does not provide the information.

Yet Steyning is due to see its legal control change irrevocably by academising on December 1st. With academies law not specifying any detail on what “consultation” should involve, it is an interesting question as to whether this is legally challengeable.

Sadly, this is not an isolated controversy. Over the county border in East Sussex, the academisation of Peacehaven Heights primary school is set to happen via a board of governors which was imposed there last year by the local authority, the previous board having rejected plans seemingly favoured by that council for the school to academise.

A survey by the National Education Union, completed by 80 per cent of staff, found 90 per cent of those responding were opposed to academisation, with 69 per cent said they would be likely to leave if it went through.

The current council-appointed “Interim Executive Board” has enraged parents and staff there by first prevailing over the looming departure of its popular interim headteacher, and then failing for months to advertise for a replacement, before confirming last month its plans to academise.

In south London, the Charter Schools Educational Trust, which runs two secondary schools and a recently-joined primary, is moving to quadruple the number of its primaries, with parents at three local schools told in the last week before half-term of moves put forward by governors and the trust to join Charter.

Yet governors’ letters did not seem to me to be fully open with their community: parents at one local authority school, for example – Lyndhurst in Camberwell - were not told of the trust’s plans to take on the other two primaries.

Parents were also told that their local governing body would retain “accountability” for what happened in the school. Yet, in reality because of the way the government has set up the policy, all accountability will sit with the academy trust.

Changes to a school’s legal status so that it becomes an academy takes months of work, with lawyers heavily involved.

In April, the Local Government Association urged ministers to put academy conversions on hold as council officers’ time, which needed to be being spent on issues such as finding “sufficient school places for vulnerable children” was being diverted to academy conversions which involved “the transfer of staff, assets, including land and property, and financial agreements”.

Parents in, for example, the Steyning case, also point to the fact that consultation on what are always complicated moves is even harder to engage with during the current crisis.

Yet the conversions have continued: between April and September, 166 schools in England went through the change of status that academisation involves. And 95 school governing bodies have applied to become academies over that period.

As with so many aspects of our national life, this emergency is shining a light on systemic weaknesses. Academy conversions, and specifically the way they can be set up to be flagrantly anti-democratic, seem a good case study.

Warwick Mansell is a freelance education journalist. He runs the website Education Uncovered.