Latest update from the Edinburgh Office on work in Scotland

It's been another busy 10 days or so since our last update, and during that time there have been some significant announcements and changes in relation to a number of key issues, and we've tried to pick those up below 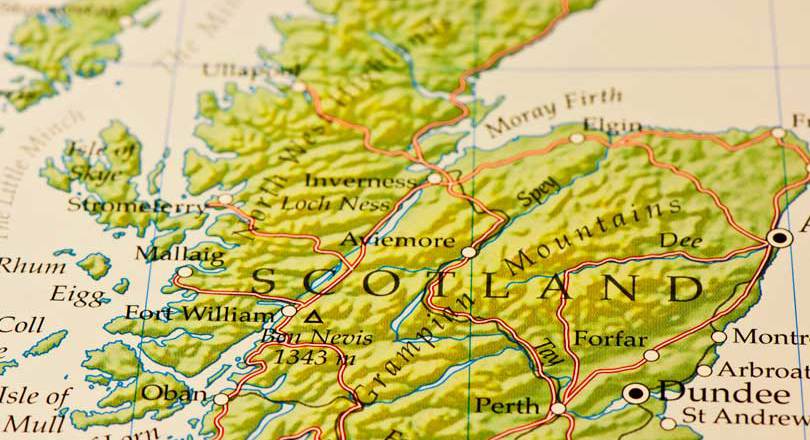 Discussion and negotiation has now started with the group led by Scottish Business Minister Jamie Hepburn, and formed of unions and employers.

The STUC has formally submitted a plan to the group setting out the aims of Scotland’s trade unions for a safe restart to the economy.

In addition, on behalf of all trade unions in Scotland, Roz Foyer, the new General Secretary has written to Alok Sharma the UK Business Secretary raising issues about the restart and support for workers. Both of these documents are attached to this update. Prospect is also issuing guidance this week.

We are making progress with the possibility of the use of “roving safety reps” to help non-unionised workplaces feel supported and safe. If this a role that might interest you could you let the Scotland office know at Scotland@prospect.org.uk.

Discussions with Scottish Government have also started about enforcement of any guidance and regulations brought in to support a safe restart, and I will update members on progress. The current position in relation to enforcement are set out below.

The Scottish Government has set up a mailbox to allow trade unions to feed in COVID-19 related concerns about practices in workplaces.

The purpose of this is to provide the Scottish Government with insight into the problems on the ground, particularly around the application of social distancing and the continuation of non-essential work.

While this may be a useful tool for resolving issues in specific workplaces, and will help deal with problems that are widespread in particular sectors, it is not a replacement for enforcement action by the appropriate enforcement body.

Trade unions can send issues to this mailbox: scottishtradeunioncovidenquiries@gov.scot

Attached is a paper prepared by the HSE setting out in more detail the balance of enforcement between agencies.

The HSE is now accepting third party referrals relating to concerns around social distancing and other COVI-19 related issues in workplaces. They have set up a dedicated point of contact for trade unions: Union.CovidConcerns@hse.gov.uk

The Environmental Health Officers will continue to lead enforcement in the workplaces they already cover. Local authorities and the police were given enhanced powers under emergency legislation in Scotland to enforce social distancing and close non-essential workplaces.

A spreadsheet is attached which gives contact details for environmental health officers in each local authority and trade unions are encouraged to use this list.

Through all this, there are still quite a few big issues of concern to our members at the moment.

Our formal approach for recognition has prompted Mr Cunningham, the owner, to engage the services of a partner in a Scottish legal firm, which won’t come cheap.

It’s a shame when there is apparently no money to pay our members their proper wages that there seems to be money to spend on preventing Prospect speaking up on behalf of our members and actually assisting the business get through these difficult times, through lobbying and raising issues with politicians and officials.

We’ll continue to support those members dismissed and whose wages have been cut through legal channels too.

Prospect understands the very severe loss of income faced by the Trust, but we also know that access to the iconic locations in the care of the NTS will form a key part in the economic and cultural recovery Scotland will need as we move out of lockdown.

Moreover, the extreme response is even more disappointing when the Trust has not taken any steps to undertake emergency fund raising, or to examine pay for senior staff. We will be raising this today with Scottish Government, and are working urgently with reps and members to formalise a proposal to take to the Scottish Government that both protects members’ jobs and access to our cultural heritage.

We’ve seen this week a number of announcements from the UK Government and the Scottish Government in relation to restarting the economy and exiting lockdown. The differentiation of approach does give rise to the possibility of confusion.

The confusing situation has not been helped by the Head of the Civil Service, Mark Sedwill, sending out a message to civil servants in relation to returning to work. For members working for Scottish Ministers this was followed shortly after by a statement saying the opposite (more potential for confusion).

Prospect’s view is quite clear, the legal and public health position in Scotland is that the lockdown continues at present and you should work from home. For avoidance of doubt, the current position of workplaces staying closed is here.

We have also raised Mark Sedwill’s letter with officials at Scottish Government. We are concerned that mixed messages are being sent to civil servants, especially as many shared offices run by the Scottish Government remain closed, and travelling to non-essential work breaches the existing Scottish rules on non-essential travel. It’s clear from their response that they too are very concerned about this

“We have opened up communication channels with OGD HR Directors. Also worth recognising that the distinction between positions north and south of the border is more than just whether our buildings are open to accommodate UKG staff. The rules on travel are also different and as things stand non-essential staff travelling to attend a workplace (when they could work from home) would not be within the current rules in place in Scotland.”

Prospect Deputy General Secretary Garry Graham is raising this issue with the Cabinet Office today as a matter of urgency.

The Chancellor has announced an extension to the Job Retention Scheme today and Prospect will be looking at the details of this and issuing advice and guidance where appropriate.

In the last update I mentioned that testing was available for all civil servants, but this has now been changed to key civil servants rather than all staff, this information was changed by Scottish Government in the intervening period between updates.

Lastly for this update (which I’m conscious is quite long), if you are a safety rep, keep an eye out for some online refresher training and updates coming out soon, safety reps are going to be critical to protecting members during any restart.