‘Youth workers are key workers too’

‘Youth workers are key workers too’

Leigh Middleton, chief executive of the National Youth Agency, talks to Prospect about his career, the work of the NYA and how they’re helping young people through the coronavirus pandemic. 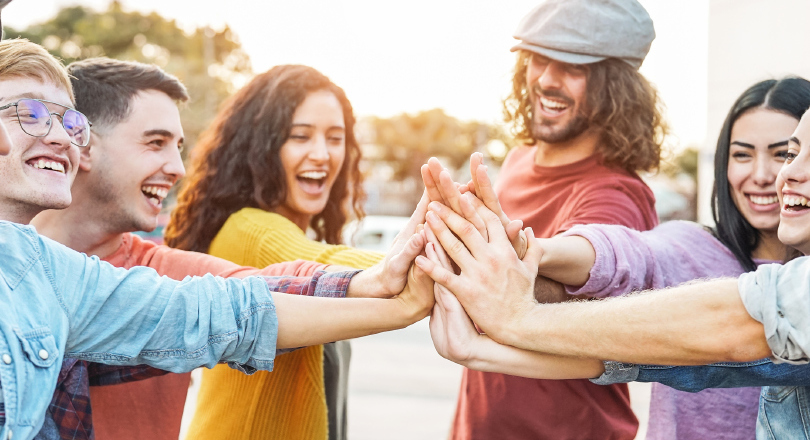 What’s your career history and background?

I always wanted to be a scientist or chemist at school, so I got a job at 17 or 18 as a lab tech and loathed it!

I’d helped set up a charity when I was 15 in Reading, working with young people to help them volunteer and be active in their community. Having given up on science, I decided to turn my hobby into my career.

So, I went to university and got a degree in youth and community work and did a range of roles across Thames Valley. I became the head of youth services for Surrey County Council and the head of commissioning for children's schools and families, which led me to become the chief executive of the National Youth Agency.

Is it true you were a Prospect member?

I was vice-chair of the National Association of Leaders of Youth Services, which became part of Prospect a number of years ago now.

Over the last 30 years, youth services have been hit very hard and across the country posts, such as youth service managers, went one by one. Our membership was down to around 15 people, so we decided to called it day. Give us an overview of the National Youth Agency

We're the national body across England, the Commonwealth and local government for youth services and youth work. We're a professional, statutory and regulatory body. We set all the qualifications and standards for the youth sector.

We have an Ofsted seat on our board and one for the Local Government Association, which connects us into the regulatory and national infrastructure.

We also lead national standards around youth voice and the involvement of young people, so colleagues in local government will be aware of our Hear by Right standards, which are the standards all councils and public bodies should be aspiring to for young people.

I always describe us as the roots of the youth sector. We try and build the strongest foundation possible in which the rest of the sector can thrive.

What is your relationship with government?

We're completely arm's length. We are a national registered charity and always have been. We were established by Parliament in 1962, or our precursor was, but we’ve always been a charity, independent of government, to regulate the youth sector.

But when required, we are strategic advisors to multiple government departments.

What’s been the impact of coronavirus on your activities?

We published a report called Out of Sight which shows that in normal times, pre-COVID-19, about a million young people access youth services every week, or need to. As a result of the impact of COVID-19, that's now swelled to 3m.

Two million people who would normally find their way through life successfully with friends, peers, family, siblings, or whomever, have found that the lockdown has impacted them so much that they now need support from experts and professional youth workers.

The impact on our sector, is that it's been largely locked down and furloughed. We've seen some amazing colleagues develop digital and online youth work delivery, and youth workers are really adapting to support young people, but the majority of youth workers are unable to work.

Do you feel the youth sector has been forgotten about?

In some respects, yes, youth work has been forgotten by government. There was an immediate focus on social workers and on teachers, and we often describe the schools and families side of it as the other parts of the tripod.

How would you answer the argument that reopening business is a bigger priority, and youth clubs and activities should have to wait?

I'd argue youth services are more vital because the cost of not supporting young people right now will be much higher than the economic impact over the next two, three years.

The impact on young people's education, their mental health, their general well-being and their employability will be severe.

As a nation we have to recognise that it's the current generation of young people, who will pay most of the bill for COVID-19. They're going to be the taxpayers who will be settling this. We've got a moral duty as a nation to make sure we support those young people to the max.

How else have young people been affected by the pandemic?

Our Out of Sight report flagged a whole range of areas. We worked with the Children's Commissioner to work through all the national data sets, so it was a rigorous piece of work.

We listed all the key issues for young people, for example, poor mental health is a huge challenge. I’m horrified what the youth suicide rates are going to be. We know they’re going to be higher, MIND and other charities are reporting that.

Then there’s the impact of being cooped up at home, when there could be toxic environments of addiction, or domestic abuse at home.

Lockdown has amplified the poverty that millions of young people are living in. That manifests itself, not just in low incomes, but also less opportunity. As young people see less opportunity in their future, their motivation to engage with community and society is diminished.

Also, the one million young people that we were typically worried about, they should have been, and were entitled to, going to school, but less than 5% were at the height of the lockdown. So, we have bottled up as a nation, masses of Child Protection referrals that are going to pour through when people go back to school properly.

What was the impetus behind your COVID-19 guidance report?

I was at a briefing with the Deputy Chief Medical Officer, Jenny Harries, about a fortnight before the lockdown was due to start, and then they brought it all forward a week.

But immediately from, even before the lockdown, we were pressing the government for key worker status and for clear guidance for our sector. We needed to get youth workers on the frontline out there supporting the most vulnerable young people.

There’s a mixed picture across the country. Devonshire police immediately declared that youth workers are key workers, and gave them cards they could show to police officers when were out on the streets, working in parks, talking and engaging with young people.

Then are other areas where the opposite was happening. We needed a level playing field across the country. We've been lobbying government hard for that.

It became quite clear that the government doesn't always know what goes on, operationally, on the ground. There's a lot about policy and a lot of theory but on the ground, they didn’t know what we actually need.

So we came forward, as the regulatory body for the sector, and said: “Why don't you work with us and we'll write the guidance?”

We went through a three week programme of working with Public Health England, the Health and Safety Executive, about eight government departments, and a jumped through an awful lot of hoops to get things approved. We also commissioned an animated video to go alongside the guidance.

What’s the feedback been?

It’s been overwhelmingly positive. Lots of really positive comments from the field and it has made a big difference. It's the first thing that gave the youth sector structure and what they should do.

As lockdown changes, we needed a model that can be flexible to allow youth workers to do as much or as little as is allowed within the law, and is safe.

Eventually, we got through all those regulatory approvals and we got to publish the guidance. I think out of 22 pieces of guidance that were due out, only two that were allowed in the end and our youth one was one of those. So, I’m quite proud of that.

We need key worker status for youth workers. I think we're getting a bit closer on that.

We need to be opening up for our most vulnerable young people. Their youth worker is often their only, or their most trusted, adult in their lives. They don't attend school very often, they can have very complex lives and might be in and out of care.

For those young people, we need to make sure that they can remain connected to their youth worker, come what may. I think we've now got the permissions to allow that to happen. It's just about putting it all in place.

Frankly, we're expecting a second wave. The NYA is based in Leicester, of all places, where we have a local lockdown. We need to be ready for that sort of approach as well.

We're going to roll out a national training programme for up-skilling youth workers because if you've always just run a youth centre and suddenly you've got to do it out on the street, that’s a different skill. It's the same values and principles, but applied in a very different context.

There’s also up-skilling youth workers around bereavement and trauma because lots of young people have lost relatives or friends through this pandemic. We’ve built a dedicated youth work support website, and we will be looking to get behind that and put on more training webinars to help support our sector.