Membership in the branches supported by Prospect’s Scotland office in Edinburgh increased in 2019 for the seventh successive year. 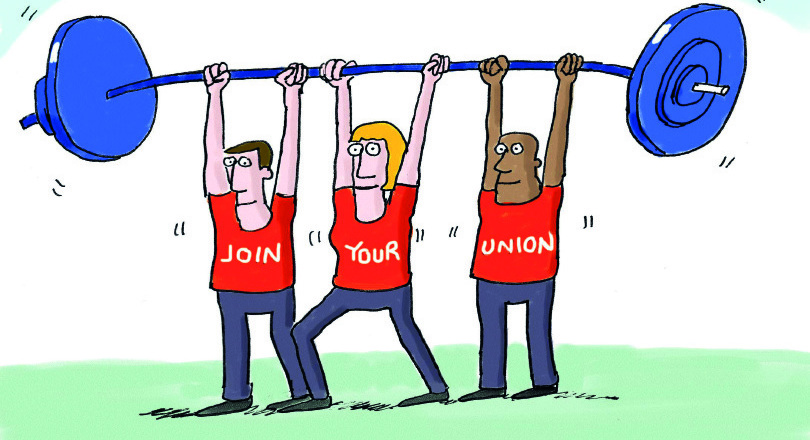 Membership in the branches supported by Prospect’s Scotland office in Edinburgh increased in 2019 for the seventh successive year. This is a fantastic achievement by all the reps and members who have been involved in recruiting and growing our branches.

Members, reps and staff in the Scotland Office also worked hard to retain members. As a result, 2019 saw a big fall in the number of members who left us.

While very few of those who left us were dissatisfied, they still need to be replaced, so any reduction is welcome.

National secretary Richard Hardy said: “It’s a  tribute to the hard work and commitment of our reps, members and my colleagues in the Scotland office that we’ve been able to increase membership across the branches supported from Edinburgh for the seventh year in a row.

“Everybody involved should be proud of the work that we do supporting members and taking our message out into workplaces across the UK.”

As well as helping members in their workplaces, Prospect Scotland also campaigns and lobbies in Scotland and the UK to ensure our members’ concerns and views are heard.

Prospect Scotland did a wide range of meetings and engagements in pursuit of this aim including:

Prospect also campaigned on the need for a Just Transition as Scotland moves to decarbonise. Richard Hardy is a member of the Scottish Government’s Just Transition Commission.

The union hosted one meeting and chaired another fringe meeting on Just Transition at the SNP's autumn conference in Aberdeen.

Negotiations with Scottish Power were ongoing at the end of 2019.

The Scotland Office also hosted a meeting between Prospect’s general secretary and several branch reps and members to discuss Prospect’s response to the climate crisis.

“2019 was a year of significant challenges for a number of our branches and many of our members. But everyone has worked very hard to keep our members’ issues and concerns in the public eye and highlight the amazing jobs our members do across the UK.

“I want to thank all the reps and members on behalf of my team in Edinburgh, we genuinely couldn't do this without you – and who knows, 2020 could be the year we break the barrier of 1,000 new recruits,” Hardy concluded.