James Richardson, who was a teacher for 10 years, is the Education Endowment Foundation's head of dissemination and impact. He talks to Prospect about their work, how they can help education professionals and the impact that they hope to be making. 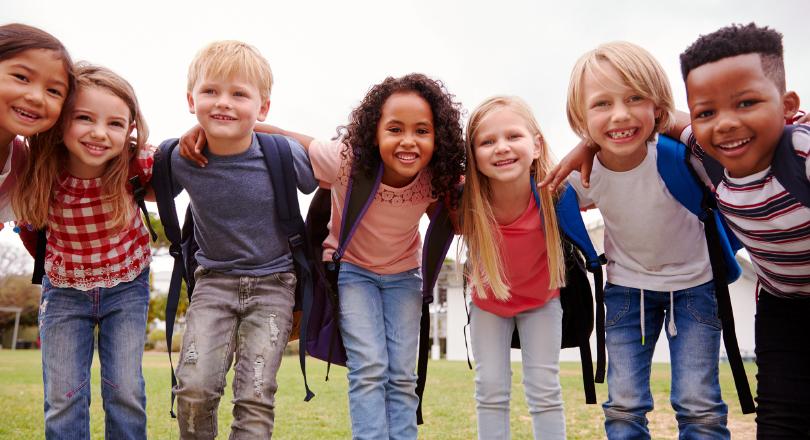 The Education Endowment Foundation was founded in 2011 to help raise standards in disadvantaged and challenging schools.

James Richardson, who was a teacher for 10 years, is the EEF’s head of dissemination and impact. He spoke to Prospect about their work, how they can help education professionals and the impact that they hope to be making.

In your own words introduce the EEF and where you see yourself in the fragmented education landscape.

I'll talk most distinctively about the EEF and the Research Schools Network. Although we see them as a one and the same, there's a useful distinction.

There's a huge amount of educational evidence research out there. But most of it until very recently, at least, has been hidden away behind paywalls in academic journals.

What the Sutton Trust, and then the EEF did, was to summarise a huge amount of that educational research into the Teaching and Learning Toolkits and published it around the time that the Pupil Premium was introduced in 2010-11. That had a certain amount of traction with school leaders who liked the accessibility.

What that really means is that we're here to sit between schools, universities and government to help school leaders in particular, but teachers as well, make sense of the research that's out there. That can then inform their decision-making and what they do around teaching and learning in schools.

And what about the Research Schools Network?

The EEF does many things, including generating new evidence by running trials of educational approaches and interventions, but increasingly we going further, supporting schools to use that evidence byby funding a network of 32 research schools, with another seven associate research schools.

What teachers want to know is how it’s going to look in my classroom? The research schools exist to demonstrate this. Having one foot within the academic evidence and another in the practical world of schools allows them to bridge the divide and support other schools with the difficult step of translating evidence into practice.

So there's that evidence generation bit, there's the evidence synthesis and then there's actually applying it in practice, which is where the research schools come in.

Do you feel that you’ve helped to fill a vacuum in the education landscape, that no one else was doing this before?

That means we're able to be an independent source for teachers and school leaders on the most effective strategies for improving attainment, driven by robust evidence.

From the start, EEF was teacher, practitioner and school leader facing. So our evidence translation is very much aimed at that group of professionals. You could say the EEF is trying to be the whole part of the ecosystem that's supporting schools.

You had a founding grant from the government in 2011. Is there a long-term funding plan?

The original plan was to be a spend down charity that would exist for just 15 years. We would raise an additional £40 million, through charitable donations, to supplement the original £126 million government endowment.

What's happened in the last 11 years is that we've managed to raise that money plus a bit extra. We've invested it so that we're able to continue spending above and beyond that original £126 million.

Our trustees over the next few years, will look at what the long-term plan for the EEF is and ensure that the work continues so that we can support schools with evidence beyond the original 2026 deadline.

What's your relationship with the Department for Education?

We work very closely with them on a number of levels, right from our CEO, Professor Becky Francis, all the way down. At the moment we're working with the DfE on Pupil Premium strategies, we supported the development of the Early Career Framework and discussing how the Research School network can support the new Teaching School Hub model.

It's a good constructive relationship, but it's not a ‘boss and worker’ type thing. It comes back to the endowment, that gives us independence, but doesn't prevent us from being constructive partners.

What sort feedback do you get from schools, about your research and your tool kits?

We get very good feedback. Around 60% of school leaders reference the toolkit in their Pupil Premium spending plans. So we know that it's looked at.

So it's quite clear our evidence is popular with school leaders, and the research schools are going out and providing more proactive support and professional development. So, again, that's given us another string to our bow and goes further to supporting schools.

We're not immune to criticism. That's how we learn. Through our research schools, we're pretty alive to how they see the system and the evolving school improvement infrastructure. We can adapt and we can think relatively quickly because we're only a small organisation. 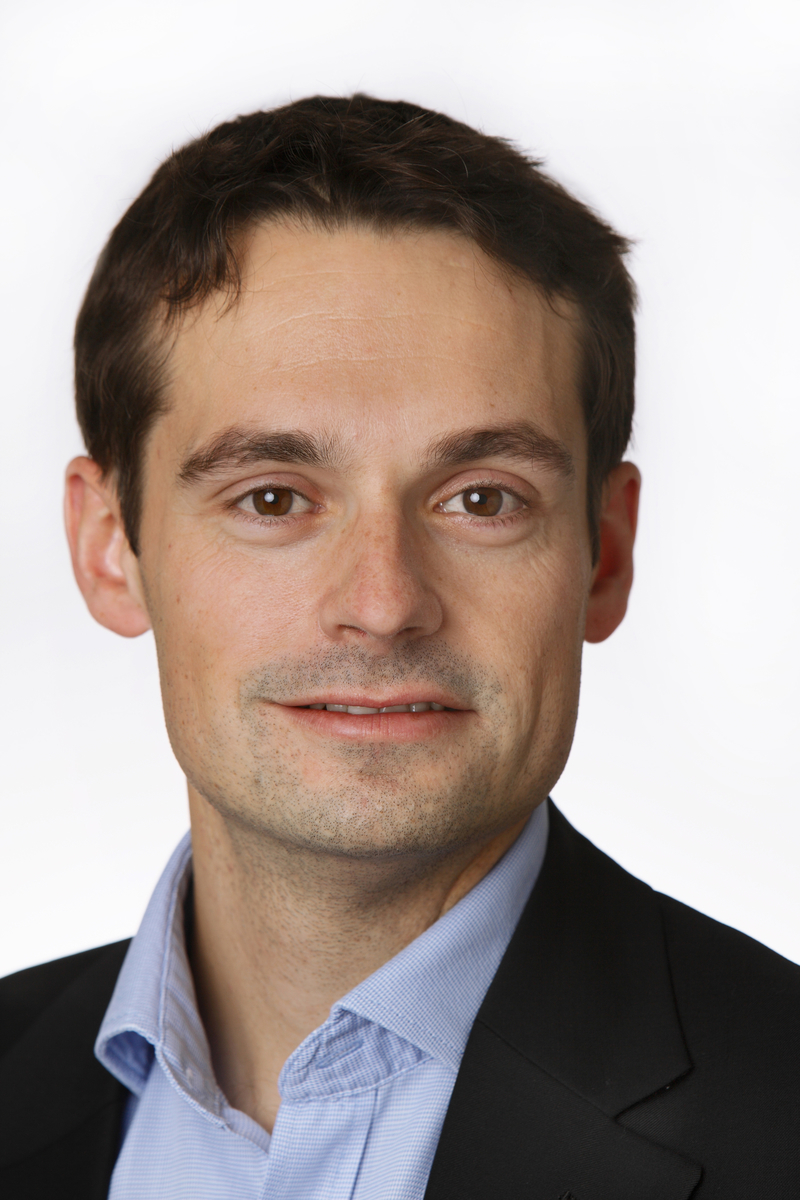 What’s your role at the EEF?

I’m head of dissemination and impact, leading a team of 17 people at the EEF whose job it is to ensure that the evidence gets into the hands of teachers and school leaders to inform their decision making, and then that they're supported to use that evidence.

So most of us aren't in London, we're in the regions. We've got six people based around the country. We've got others that are what we call content specialists, who work on a particular aspect of evidence: literacy, numeracy, science and metacognition. They're involved with taking our guidance reports and then supporting schools in developing tools, resources and professional development programmes.

How do you try to engage with education professionals? So that they know who you are and can start using your tools.

In the early days of the EEF, we did lots of conferences. It was around the time of the Pupil Premium launching and there were lots of people wanting to know how they could spend this new pot of money to best effect.

So initial awareness of the EEF was driven by face-to-face interaction. What we now do, and I mentioned the six regional leads around the country, their job primarily is really to make the most of school networks.

They will be in touch with local authorities, Multi-Academy Trusts, Teaching School Alliances and other informal networks and stakeholders in their region to ensure that the lessons of evidence are not just being disseminated through our 32 research schools, but actually through the existing support structures that are there.

We also work with school improvement advisors, the heads of education and the directors of children's services, to ensure that the local authority offer is informed by evidence as well.

You mentioned continuing professional development programmes earlier. What form does that take?

They tend to be three-day programmes. That's what the evidence base would suggest is most effective. So we will have three whole day sessions where the teachers, or senior leaders, will come out of school, and work together.

They’ll look at one aspect at a time, for example, the Pupil Premium or curriculum, or improving literacy at Key Stage one. They would look at the evidence and then they'd work on how they would go about implementing that in their schools.

The founding mission of the EEF is to close the attainment gap between disadvantaged pupils and their wealthier peers. We work particularly with schools in disadvantaged circumstances, such as having high numbers of free school meals, and as our work has developed over the last eight years or so, the awareness of evidence has increased hugely.

It's much easier for teachers and school leaders to understand, and be aware of, the evidence base and use it to inform practice. I think the real success of the EEF will be when we start to see those behaviour changes, pedagogical changes, have an impact on the attainment of the disadvantaged group.

The EEF is still fairly new. How influential do you feel in the education sector?

I've been involved since 2013 and I came here from being the assistant head of a school, and I'd worked in the United States for a year on using evidence. I brought some ideas with me from across the pond.

I think we have influence and credibility in certain circles. How far that influence filters down to classroom teachers where the evidence really makes a difference, I think is something we haven't quite cracked yet.

To give you an anecdotal example, two of my best friends, are primary school deputy head teachers. The work of the EEF doesn't impinge on them as much as I think it should. Whether that's because we aren’t testing the most important interventions in the system or publishing evidence of relevant to them, or whether that's because they're too focused on the cycle of Ofsted inspections rather than on the pedagogical changes that they might make based on the evidence.

So I think there's a system, we've got a lot of work to do to try and align the different bits according to what's most likely to be effective. So there's lots of work to do. But I think we've managed in the first eight years to establish a presence, and made the evidence in the system much more accessible for teachers to use.