Paul Watson, vice-president of Prospect’s Education and Children’s Services Group, talks about how he wanted a career with a public service ethos, why he values being in a union and the importance of revising the new ‘Six Core Principles’ and ‘Standards’ documents. 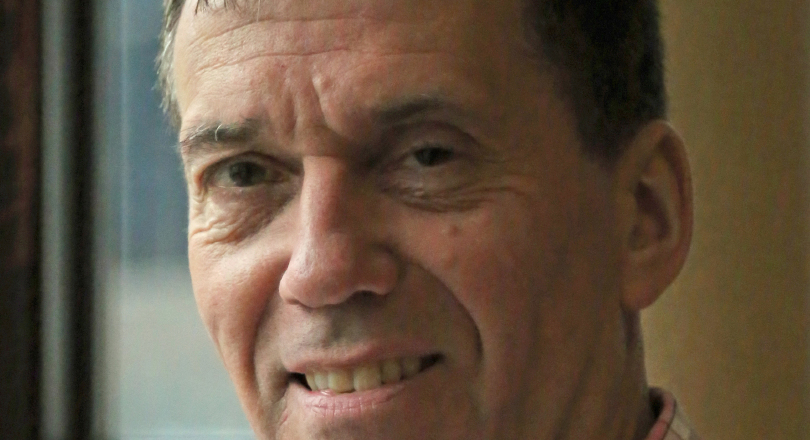 This summer, and for the first time since 2014, Prospect published newly updated versions of its ‘Six Core Principles’ and ‘Standards’ documents for professionals working in education and children’s services.

Leading this work on behalf of the ECSG’s executive council was sector vice-president, Paul Watson.

“The old principles and standards were targeted at school improvement professionals, whereas our membership is now much wider than that,” says Paul when asked how he approached the task of updating the documents.

“The underlying philosophy was to move from the focus of school improvement to the much wider group of professionals working in children's services that we now represent.”

The two documents were first published by Prospect’s predecessor union Aspect in 2004, and Paul, now retired, remembers using them when he was still working.

“My line manager at the time was very clear that the previous editions of the Aspect standards for Scotland formed the basis of an annual professional review,” he says.

“They can be used for recruitment and can be used as person specifications for jobs, but they are very much tools for professional review and development.”

Paul says that Prospect’s continuing commitment to updating the documents and keeping them relevant in a more fragmented education landscape is a ‘nice gift’ to professionals working in the sector.

Paul, by his own admission, stumbled into an education career primarily through a desire to find an occupation with a strong public service ethos. After completing a degree in chemistry, teaching would be his outlet for that.

“At the end of my chemistry degree, I thought I'm going to have to get a job. In the early 1980s there were not that many opportunities in Scotland. There was the oil industry but I didn't find that particularly attractive.

“I felt that work in the public sector was something that I would feel more comfortable doing. I have a strong belief and commitment towards public services. Then it was a case of going to train as a teacher, and seeing how it goes.”

Paul started as a chemistry teacher in 1980 and, latterly, was the head of department in a secondary school in Moray.

After teaching for 20 years he took tentative steps into local authority work because he was ‘looking for a new challenge.’

Initially, he was seconded to support primary schools with science development. Shortly afterwards he was appointed on a permanent basis as a quality improvement officer.

Later posts would include being manager for the quality improvement functions for both education and social work for the newly merged local authority department in north east Scotland and, just before retirement in 2017, he was a senior adviser for the planning and establishment of primary schools.

“They are two very different angles of education. One is the direct delivery, and one is more detached but with the broader strategic overview,” says Paul on his career as a teacher and as an improvement officer.

“While I very much valued being able to have direct impact on children in the classroom, I think I was able to make more of a difference in the wider strategic role, particularly through the provision of professional development for teachers.

Perhaps, as you’d expect of someone who fell into teaching because he saw it as a public service, Paul has also always felt strongly about being in a union.

As a teacher for 20 years, he was always in a union but being in a teaching union no longer felt right when he moved into local authority work.

“I did not feel that the teaching unions had the same focus on centrally deployed local authority staff as they did teachers in schools”,” he says.

“There was a couple of years when I wasn't a member of a union at all.”

The turning point came when he attended a conference in 2003 and saw a presentation by John Chowcat, the general secretary of one of Prospect’s predecessor unions, the National Association of Educational Inspectors, Advisers and Consultants (NAEIAC).

“I could identify with it. This is a union that actually represents the type of job that I do,” recalls Paul.

“OK, the vast majority of the membership is in England, but nevertheless they did represent Scottish members, and they played a significant role in securing a pay increase and in better conditions of service for quality improvement staff in the early 2000s.”

When he first joined, Paul was the only member in his local authority. But he soon changed that.

“I think at our height, we had about 12 members in our authority, which was good, given the context that we were one of the smallest local authorities in Scotland.”

His effective advocacy for the union was quickly recognised, and he was soon asked to be the Prospect rep for Scotland. Today, despite retirement in 2017, he continues to sit on Prospect’s Education and Children’s Services Group Executive Council.

During the period, after he left the teaching union and before he had discovered NAEIAC, Paul says, he felt didn’t feel entirely comfortable about not being in a union.

Why was it so important to him?

“I feel that being a member of a union, you have a greater voice and a greater say. When people act collectively, they can exert greater influence on your conditions of service, and on the policy and strategy within the workplace.”