Prospect’s aviation group is sending a delegation to Brussels to lobby the European Parliament and the Commission on the ETF’s campaign – Our Rights, Your Safety. 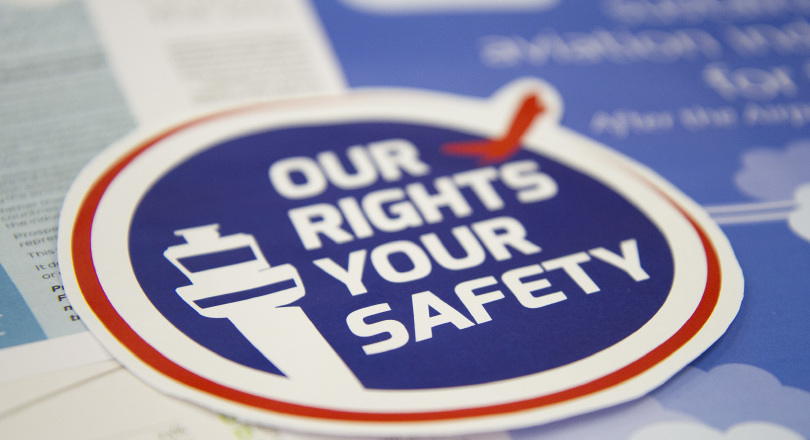 Air traffic controllers will descend on the European Parliament and the Commission on 27 March to lobby in support of the European Transport Workers' Federation campaign – Our Rights, Your Safety.

The campaign is in response to a non-binding, but influential, European aviation strategy published by the European Commission in December 2015.

The strategy seeks to make Europe’s aviation industry more competitive (for which read cheaper tickets), but included ‘advice’ for member states on reducing the impact of strike action by air traffic controllers.

These proposals came about as a result of direct lobbying from an airline trade association called Airlines 4 Europe – a puppet organisation of Ryanair. Dressed up to provide service continuity in aviation, it is a direct attempt to limit the impact of legitimate industrial action.

The ATCO unions assert that the right to strike is firmly enshrined in EU treaty and not a matter for the European Commission to unravel. Furthermore, regulating industrial action is a matter of national sovereignty – left to member states, not the EU.

This may be relevant only to a specific group of workers at the moment, but the precedent could very well be extended to other aviation workers and maybe anyone and everyone in transport.

ATCEUC (Air Traffic Controllers European Unions Coordination) and ETF are running a petition which calls on the European Commission to respect ATCOs’ rights and refrain from any actions restricting these rights.