When the going gets tough, who you gonna call?

When the going gets tough, who you gonna call?

Rarely in the public eye, Prospect’s BT case-handlers do vital work behind the scenes supporting individuals with a work-related problem. Susan Harding, who does this full-time for members, describes what’s involved 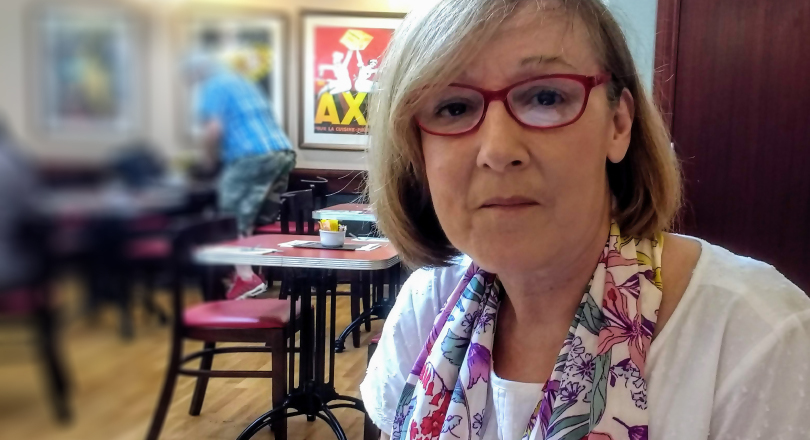 Susan Harding knows from personal experience how life can change in an instant, turning your hopes and dreams on their head.

Her own experiences are what inspired her to become a union case handler for Prospect members in BT, which she now does full-time, with the support of her employer.

Susan has never been as busy as in recent weeks. Alongside the usual inquiries about sickness absence or a disciplinary hearing, members have been calling 24/7 as they are seeing the headlines of BT’ s headcount reductions and hearing about the People Framework reorganisation.

Going back 18 years Susan had her own personal crisis. This led to Susan and her two daughters, Alice, eight, and Jessie, six weeks, needing emergency housing, and having to depend of the welfare state. This “humbling experience” taught her that “it can happen to anyone”.

Susan spent a year in rented accommodation until eventually reaching a divorce settlement with her ex, itself a difficult and stressful process.

Now Susan explains with pride how she rebuilt her life, including a new career in BT. After her difficult divorce concluded she bought a house and answered an ad in the local paper for a temporary job on the BT phone book.

Soon she became a permanent sales rep. Then an incident at work led to an investigation of her team and her suspension. Susan was exonerated after being supported by the CWU, her trade union at the time.

“Afterwards my rep said to me, ‘You’ll either let this eat you up, or you’ll turn it into a positive’, which is what I chose to do.”

Soon after, Susan progressed to a permanent management grade, joined Prospect and got active.

She attended Prospect case-handler training and started taking up cases for members, cutting her teeth by representing them at initial formal warning meetings relating to BT’s unpopular, performance management process.

She learned that warnings could be rescinded because due process had not been followed. She became so impassioned by this work that it took up increasing amounts of her time. Backed by Prospect and the company, it developed into a 100% facility time case-handler role.

She’s been doing it for ten years. “The shock of losing everything really grounded me, as did being under investigation at work,” she says now. “These experiences gave me empathy.”

As a case-handler she has developed a detailed understanding of every BT procedure relating to discipline, attendance, performance, grievances etc. “The policies can be complicated but there are agreements with the unions as to how they are implemented.

“It’s vital you are represented by somebody who knows the policy inside out so you’re given a fair hearing.

“I am forever learning. Recently I went on the company’s new organisational policy training relating to redundancy. Plus I keep up to date with employment law.

“The word ‘redundancy’ has not been heard for many years in BT, so people are very anxious.”

Members have been concerned about changes to the BT transition centre but Susan explains that although individuals now remain with their current line manager, the process for finding alternative roles still applies. Many people are opting for the enhanced voluntary leavers’ scheme, if given the option, but that doesn’t apply to everyone.

“On an average day I probably receive 10-15 calls and at any one time I am supporting between 30-40 members,” says Susan. These can range from negotating a phased return to work for someone who has been ill, to negotiating a settlement agreement or accompanying someone to a disciplinary meeting.

The hardest and saddest cases concern members who are terminally ill. “They call seeking advice about medical retirement or death-in-service benefits. These are very difficult conversations. Tragically I lost a member last week.”

Often Susan can resolve things without involving full-time officers, but will go to them “if I hit a brick wall”. She also welcomes the support and expertise of Prospect’s full-time legal team.

“I see myself as an insurance policy that I hope nobody is going to have to use. I have a good network of people in human resources and employment relations  – and I am able to have sensible conversations, a lot of which resolve issues.

“I can defuse a situation and encourage BT to find a solution, which the individual can’t do themselves.

“If you put forward a reasonable argument most people will consider that and I think I have a good success rate. If we have good will in the bank we can achieve many things.”

So where can Susan herself go if she is struggling? She and her Prospect counterpart in the north, Mike Cassidy – also a good friend – turn to each other for support, which is important for Susan as “everything I do is confidential so I can’t discuss it with anybody else”.

The volume of thank you cards stand testament to the difference she makes. She successfully supported a member suspended and facing a gross misconduct charge. On his return to work, Susan received a bouquet and a card saying: “Through those darkest of times, when the feelings of isolation were overwhelming, your personal support and experience were what helped me get through it.

“You enabled me to take a step back and see the full picture with a sense of realism that would have been difficult to get to on my own. This has completely changed my view on unions such as Prospect and I will recommend to anyone that they should be part of one.”

So how does Susan switch off? “Because my work is so serious, I also need to escape, which is why my daughter came home recently to find me watching back-to-back episodes of Daredevil!” She also enjoys down time with her granddaughter, Darcie, aged four.

And her advice to other union members thinking of getting active? “People need a voice and we can give them that. It’s so rewarding that you can make a difference. The members you represent are so appreciative and remain colleagues afterwards. Also you will gain a huge amount of knowledge.”