On 12 May, we will join thousands of trade union activists to march through London to demand a new deal for working people. 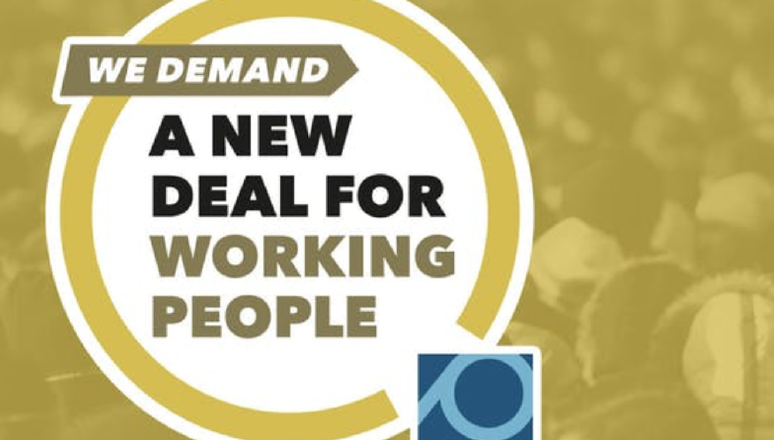 Ten years after the economic crash, ordinary people are still paying the price. Hardworking public servants haven’t had a proper pay rise for eight years, despite government claims to have ended the pay cap.

Real wages are still lower than before the crash, three million workers are stuck on zero-hour contracts, in agency work or in insecure self-employment. It’s time for change.

That is why on 12 May we are marching for an alternative.

“On Saturday 12 May, I invite you to join us to march for a better deal for working people.

“We will be marching for a growing economy with great jobs in every nation and region of the UK. For a £10ph minimum wage and the right to a voice at work. For public services that a properly funded and free at the point of use. And for a society that roots out racism, sexism and discrimination.”

You can find out more and register your interest here.

Event details: the march will assemble at Victoria Embankment between Hungerford Bridge and Blackfriars Bridge from 11:00.

It will move off at 12 Noon and march to Hyde Park.

The rally will take place in Hyde Park, finishing at 16:00.

You can find out more from the TUC about the march here.