There are many advantages to members remaining in Prospect, even if they leave BT, the union’s BT reps heard at their annual conference in Nottingham on 17 May. 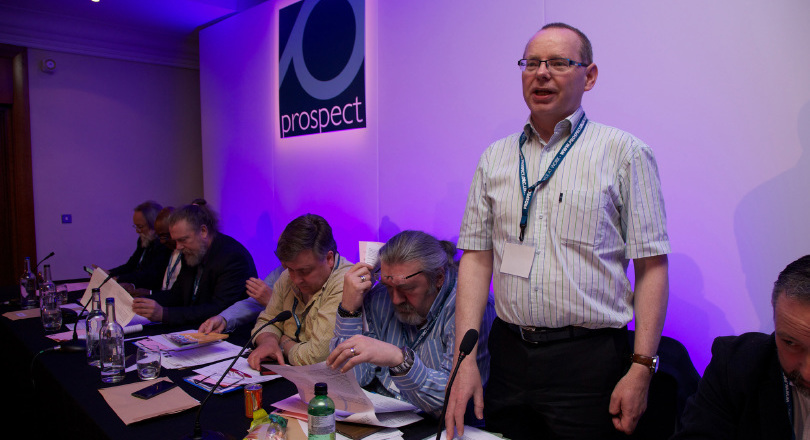 Delegates carried a motion moved by Tim Handley (TSO IRC) urging their committee to spell out these benefits to all members.

“I think we are crying out – particularly with the possible numbers of people leaving – for a campaign that educates members about Prospect’s general, retired and regional branches, so as not to lose them when they leave BT,” he said.

Philip O’Rawe (BT committee) in support said Prospect’s recruitment levels had risen since the announcement of the job losses.

“There are many reasons, for example on pensions, why it is important for people to still have a link to Prospect if they leave BT,” he said. Those taking settlement agreements from BT would also be among those to benefit from staying.

O’Rawe urged delegates to publicise the area of Prospect’s website that  outlines the benefits available for those who stay – see www.prospect.org.uk/retain

Conference also carried a motion from BT London Central East and South calling on the BT committee to ensure that local CWU reps did not prevent newly promoted managers from joining Prospect, with delegates citing various examples from within their workplaces.

For the BT committee, Alan Smith asked conference to remit the motion. At a higher level Prospect had reasonable relations with the CWU and in his own branch relations were good. He didn’t want to risk an official policy jeopardising that relationship but encouraged anyone with problems to come to the BT committee for help.

Prospect assistant secretary John Ferrett said it was important to maintain a good relationship with the CWU and have trade union unity in the face of the forthcoming job cuts.

But delegates carried the motion after mover Graham Skipp said he didn’t think it was controversial to make people aware of the problem.