New to the NEC: Steve Nicholson

New to the NEC: Steve Nicholson

Steve Nicholson, one eight new members of the National Executive Committee, introduces himself to the wider membership 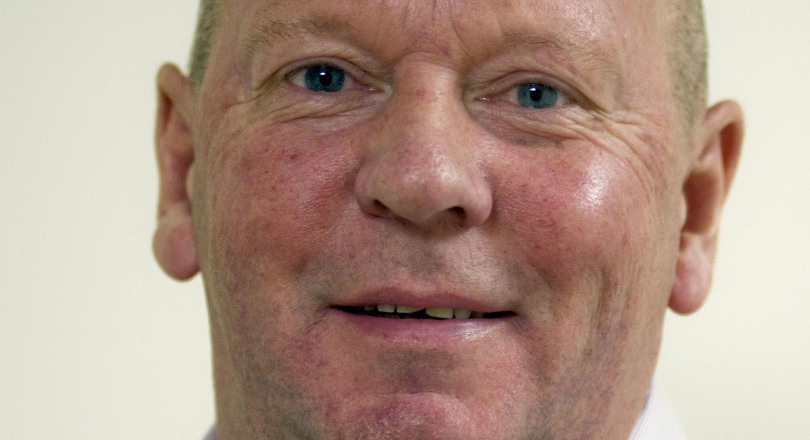 Tell us about your day job

I am a full time representative based at the Sellafield site in West Cumbria.

The Sellafield ltd Branch has over 5,100 members based both in West Cumbria and the Warrington area in Cheshire.

How long have you been in Prospect and why was it important for you to join a trade union?

I have been in Prospect since it was formed in November 2001 and was in the IPMS five years previous.

Being a union member has been part of my working life since 1977. It has continued to give me a major focus and being a rep allows you to help others by offering guidance and advice gained over many years.

What’s your proudest moment so far as a Prospect member or rep?

Becoming elected to a full time position and branch secretary of the Sellafield Ltd branch and, of course, my elevation on to the Prospect National Executive Committee in the recent NEC elections.

How has Prospect been of benefit to you in your career and professional development?

Immensely – as a lead within such a strong union like Prospect based here at Sellafield, it helps, especially in your professional development.

We deal with people from the shop floor to the top floor and liaise with government at all levels, which is challenging but rewarding.

Why did you decide to stand for the NEC?

I think it was part of my natural development as I have been on the Nuclear Development Group and NEC sub committee for Campaigns and Communications.

Alongside this, I intend to stand for the president's role within the Sellafield Ltd branch, when current president Peter Clements, retires in late December 2018. Peter has also been on the NEC for the last six years and has been the real encouragement for me to stand.

I believe I have a lot to offer and not just in the nuclear sector. Prospect is the ‘go to’ union and I want to play a part in taking us into the future.

What are of some of the workplace issues that you hope to make a difference on as part of the NEC?

There are so many things going on at once and are all of equal importance.

Campaigning to protect pensions and workers’ rights and health and safety for employees is key going forward, which will help sustain member recruitment.

However, equal opportunities are becoming more to the forefront of workers' concerns and need to be closely monitored.

Science and engineering along with research and development will face many challenges as we moved forward to ‘Brexit’ in March 2019 – a challenge we need to be ready for.

As a member of the NEC, how will you approach some of the difficult decisions that might pit the interests of close colleagues in your own sector against the greater good of the whole union?

I think it’s all about getting the right balance and dealing with the facts and evidence in each discussion/debate. As a full time rep at one of the most complex and hazardous nuclear sites in Europe, we face many difficult decisions, week in week out, so I am used to making such decisions that may not be popular, but are correct based on the facts presented.

What’s your message to a colleague who is perhaps reluctant to join a union?

As we face many challenges, and especially with the uncertainty that Brexit will bring to current and existing employment and the health & safety laws which protect each and every one of us, whilst at work. Now is the time to be in a union.

What are the best and worst things about attending Prospect National Conference?

The networking opportunities are priceless and you learn so much from other delegates in different sectors that are facing similar problems and issues at work.

The debates and breakout sessions are always very informative, with some top notch speakers.

The worst thing for me personally, is the travelling. Living in West Cumbria the road and rail network is abysmal and to get anywhere in the country takes forever.

Thankfully this year it will only take ‘five’ hours to travel to Birmingham... And five hours back.

Tell us something about yourself that maybe even some of your colleagues wouldn’t know...

I was a semi-professional rugby league referee for 15 years – refereeing 369 first grade games, five internationals and refereed in Super League (the top league in the sport.)

I enjoy karaoke and surprisingly ‘I can sing’ and my favourite song to sing is ‘Babylon’ by David Gray. I can see you all now googling the karaoke bars in Birmingham…