Prospect helped secure compensation for retired member Bob Milner after he was diagnosed with terminal mesothelioma in early 2018. 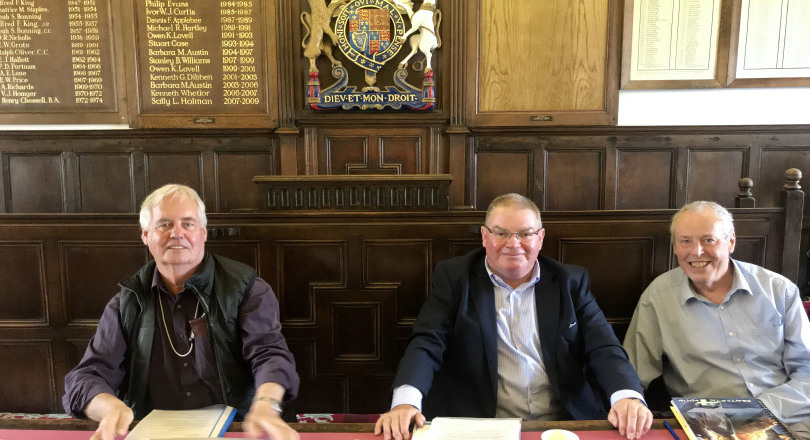 ‘In sickness and in health’ doesn’t just apply to marriage unions – it is true of trade union membership too.

Mesothelioma is a type of cancer, usually linked to exposure to asbestos, a construction material now banned but widely used until the 1990s.

Bob was employed by the Central Electricity Generating Board at different power stations from 1963 until 1999.

It was only because Bob stayed with Prospect after he retired that the union was able to help.

After his diagnosis, Bob got in touch with David Luxton, secretary of the union’s retired members group, who immediately contacted Prospect’s solicitors, Pattinson & Brewer.

Frances McCarthy, a senior partner and head of personal injury at P&B, visited Bob at home in May to talk to him about his work history and assess his financial needs.

Within a month, she had secured an interim settlement of £50,000 for Bob. He received confirmation of his final settlement of £170,000 (including the interim payment) in November.

Bob joined the RMG as soon as he retired in 1999 and was secretary of the Southern area retired members group. He urged all members who are retiring to do the same.

He said: “My case is a prime example of why it makes sense to keep your Prospect membership when you retire. I would never have been able to get justice if I didn’t have my union behind me all the way.

“I am eternally grateful to Prospect for all the support it has given me. The money won’t cure this horrible disease but it does take a load off my mind knowing that my family is financially secure.”

Apart from his time working at power stations, Bob was not exposed to asbestos.

Asbestos had been used in the construction of all the power stations that he worked in. It was inside the walls and the pipework was also encased in lagging made from asbestos.

Part of Bob’s job involved repairing valves or leaks. Laggers would remove the asbestos encasing the pipes and this would create large amounts of dust.

The lagging (the insulating casing of a steam cylinder, boiler etc) around the pipes would also break away and disburse into the air.

The flooring on most levels was metal grates which meant there would be large amounts of dust on the solid floors from old lagging which Bob would regularly walk through.

As his career advanced, Bob would have to observe and oversee others working on site. He would be in close proximity while lagging was being removed or machinery was being fixed – which would create and disburse large amounts of dust.

Frances McCarthy argued that the CEGB knew, or ought to have known, that inhaling asbestos dust was dangerous and gave rise to a risk of fatal injury and that Bob could and should have been protected.

CEGB did not warn him of the danger of asbestos or provide breathing apparatus or any other form of respiratory protection or instruct him on how he could reduce his exposure and minimise his inhalation of asbestos dust.

Frances said: “Asbestos dust is a killer and affects people long after they were exposed. As Prospect’s solicitors we are proud to help claimants like Bob who have been negligently exposed by their employers and to obtain a settlement that gave him and his family some peace of mind.”

Subscriptions are just £3.56 a month and you will continue to receive many of Prospect’s services. However you do need to confirm your membership within six months of retiring. The benefits of retired membership include:

In the UK, about 2,500 people a year are diagnosed with mesothelioma. It is a form of cancer that affects the mesothelium – a thin membrane that lines the inner surface of:

The mesothelium also surrounds organs within these cavities for example the heart, lungs and intestines. It is far more common to have mesothelioma in the chest than in the abdomen.

Mesothelioma is more common in men than in women and nearly half of the people diagnosed with the disease are over 75 years old.