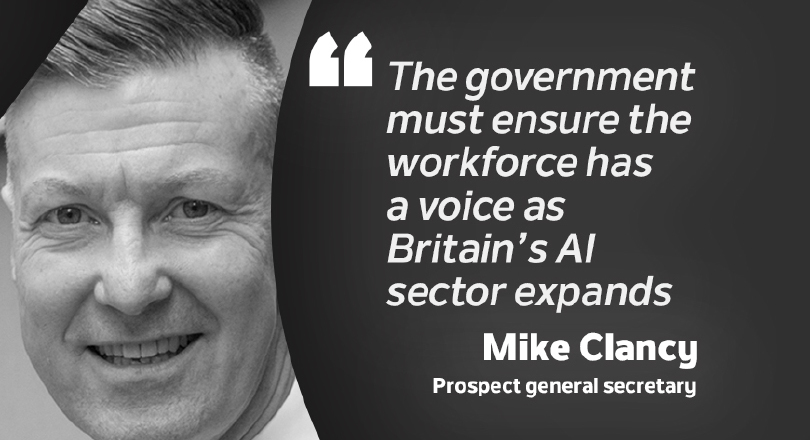 “As the leading science and technology union, Prospect welcomes this sector deal which recognises the need for further progress and investment in this crucial area for the future of our economy.

“AI work, under this deal, will be carried out by organisations including Research Councils, BT and Rolls Royce where Prospect has many members who will be both users and developers of AI. These skilled workers will be vital to the continued development of these new technologies.

“Investment in training and developing highly specialised roles in AI is absolutely crucial to the expansion of this strategy, but the government must also ensure that the workforce has a voice. A UK AI Council, which has been previously recommended, must be set up with trade union presence to represent the interests of workers developing AI, and those whose jobs will be affected by it.”