Ten things you didn’t know about media and entertainment

Ten things you didn’t know about media and entertainment

Sarah Ward, BECTU national secretary, talks about the union’s work in media and entertainment. The BECTU sector of Prospect was formed after the two unions merged on 1, January 2017. 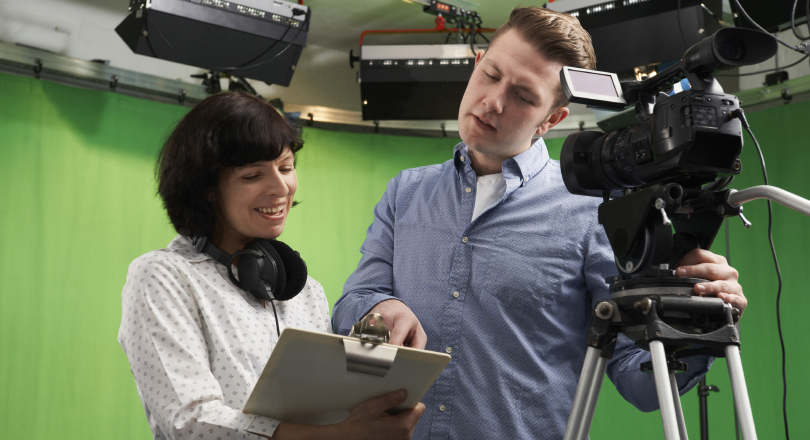 Who does BECTU represent?

We have five divisions covering members in the BBC and across the Broadcasting/News world, Arts and Entertainment (where our members are largely theatres and cinemas branches) and the London Production division and Regional Production division.

How many members do we represent?

We represent more than 41,000 members in the industry, and we’re growing.

What are the top three issues we are facing?

There are different priorities for different divisions in the industry. Obviously there are major concerns about the impact of Brexit, but we’re also dealing with challenges of long working hours in the film industry, ensuring our freelance members are well supported and have well paid, secure employment – and pay is of course a major issue right across our divisions.

Is BECTU doing any specific campaigning right now? (If so, on what issue/s)

We have several campaigns underway in the industry. The most high profile is probably our campaign at the Picturehouse Cinema chain. Our campaign there has just entered its second year.

Members are fighting to be paid the living wage, to improve terms and conditions on things like sick pay and maternity pay – and to get the BECTU sector of Prospect recognised across the Picturehouse chain. Currently we’re only recognised at the Ritzy cinema in Brixton.

We’re up against some really difficult tactics from Picturehouse, which have included the establishment of a fake union (The Forum, appointed by management and run by management) that prevents us from claiming recognition despite our growing membership, and of course the regular legal threats, which have included the dismissal of our Ritzy reps and more recently the threat to dismiss anyone taking strike action as we stepped up the campaign during the London Film Festival.

The union has been locked in negotiations with employers on agreements in TV drama and major motion pictures throughout 2017 with a TV agreement inked in May and a feature film deal in the final throes of negotiation. Alongside this, a major piece of research on long hours and productivity will be published to kick-start a campaign on this issue. This is being launched during Union Week!

Interestingly, our Visual Effects branch are also campaigning at the moment on “geek sexism” within the VFX workplaces, and we’re asking employers to sign up to work with us on challenging this. This is part of an ambitious campaign to change VFX by asserting the union as a positive force in the industry.

What does BECTU think are likely to be the big issues over the next five years?

The economy, long hours, precarious work, investment in training and capacity, and diversity. That’s just to name a few headlines ­– we’re going to be busy, and having a union arguing on behalf of employees is going to be more important than ever.

Are most of our members permanent employees or freelance/contactors?

We represent more than 15,000 freelance and self-employed members, so we have a real mix within the industry.

How do we support our members?

We are experts in many aspects of working life in our industry, and we are there to support and advise our members however they need us. As a union, we do everything that we can to help our members to help each other, to grow their own campaigns on the issues important to them.

In our collective bargaining negotiations with employers we deal with terms and conditions of employment (which is a major project in the BBC at the moment, for example) or respond to financial challenges in the workplace or redundancies.

We also support our members in their careers through our extensive vocational training programme, our package of support and advice for freelance members (including public liability insurance, tax advice, the Creative Toolkit website and resources, and the annual Freelancers Fair).

We also support members individually, if they have a personal case and require advice or representation from the union. That might include a dispute over payment of fees, or it might be health or performance issues in the workplace, or it might be a disciplinary issue.

Finally, we support our members by being experts in their world of work, and active within their industry. So we work with our sister unions in the Federation of Entertainment Unions (for example, with Equity, the NUJ, MU, Writers Guild of Great Britain) and we talk to the employers’ organisations (like PACT in the film industry, or RIG for independent radio).

We talk to decision makers and government representatives and continuously try to push the importance of employee voice in the industry, and for fair and sustainable, decent employment.

What’s a recent success we’ve had supporting a member, or members?

Our successes are numerous and range from:

Why should someone join BECTU?

Joining BECTU makes you part of a community that really cares and understands the industry. We campaign and support our members to make it fairer, more secure and more successful. We are run by members, for members and all our work is funded by the subscriptions of members.

We provide individual advice on the world of work and how you should expect to be treated, and we challenge bad practice wherever we find it. Our industry is growing and is hugely important to the British economy, and the voice of workers is so important in that – shaping it, challenging it and testing that it is fit for purpose.

We always say we can’t predict what is round the next corner, but if you’re with BECTU then, whatever you’re dealing with, you’re not alone.