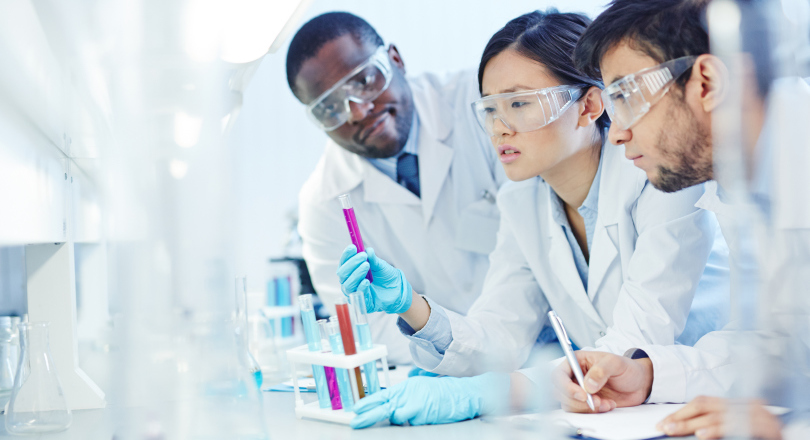 Who does Prospect represent in STEM?

The diversity of roles is just incredible! We have scientists, technicians and engineers, from ‘blue skies’ research right through to application, and in disciplines ranging from astronomy all the way to zoology.

How many members do we represent in STEM?

What are the top three issues we are facing in STEM?

Brexit, with all its mobility implications for our people and skills, access to EU funding and infrastructure, and our influence on international research.

National funding: despite recent commitments to increased research and development funding, our spend, as a proportion of GDP lags behind our competitors.

Diversity: gender pay, and gender segregation are well known problems for STEM, but we have to look beyond gender issues, and make the STEM workforce truly inclusive.

Is Prospect doing any specific campaigning in STEM right now?

Lots! Our Brexit campaigns have been largely driven by our members in STEM, and we work hard to promote diversity in STEM. Some of our wider initiatives on issues such as neurodiversity and gender pay gaps have a special resonance in STEM.

What does Prospect think are likely to be the big issues in STEM over the next five years?

More of the same. Whatever the outcomes of the Brexit negotiations, there will be work to do to restore and maintain confidence in the UK as a world leader in STEM. As funding models change, we’ll be keeping a close eye on related issues such as short-term contracts, working hours, and productivity.

The research councils, and the Scottish research establishments and DSTL are among the biggest. Many of our strongest branches, such as Sellafield and EFRA, have a huge STEM interest. We also look after many of the real icons of UK STEM, including the Natural History Museum, the Met Office, and the Royal Botanic Gardens.

Are most of our members in this industry permanent employees or freelance contractors?

Our STEM members tend to be employees, but many of them, especially early career workers, are on fixed term contracts. There is an increase in STEM workers moving into freelance consultancy, and many take their Prospect membership with them.

How do we support our members in STEM?

Prospect reps in STEM workplaces do a brilliant job looking after our members: they bring all the professional rigour of their ‘day jobs’ to their union duties. In addition to our workplace activity, we do a lot of proactive campaign work: organising and lobbying to secure the future of UK STEM.

The very fact that we unite STEM members working across the public and private sectors, ranging from curiosity-led research right through to application, gives us huge power and influence.

What’s a recent success we’ve had supporting a member (or members) in STEM?

Members at the Met Office have just agreed a settlement over their gender pay claim. A 2015 pay audit at the Met Office showed a more than 10% pay gap between men and women. Unfortunately, that’s quite typical for STEM workforces, but we are determined to fight pay inequity wherever we find it.

Why should someone working in STEM join Prospect?

We are the union for STEM. We’re experts at looking after experts. We understand the work you do, and why you do it. Not only are we the biggest union in STEM, but we’re one of the largest STEM interest groups in the UK. As a politically independent, politically active union, we’re campaigning for a great future for UK STEM, and we can do that better with you on board.