Young workers at the Devonport dockyard in Plymouth are providing an inspiring model for YPNs and the next generation of union members. 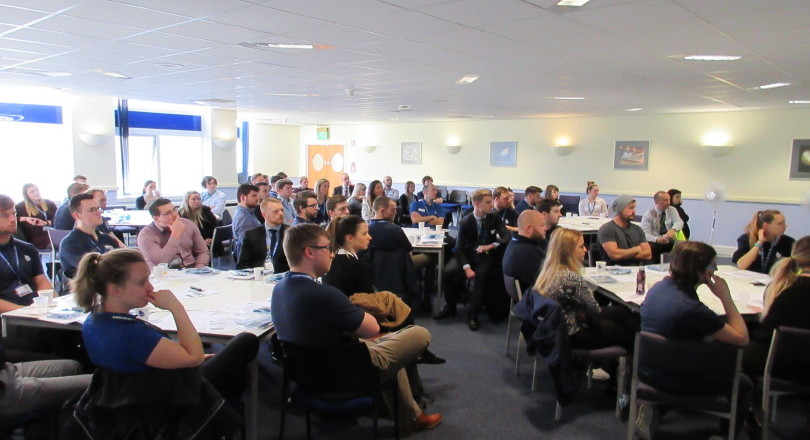 The launch of Devonport’s Young Professionals Network (YPN) on 13 March attracted a crowd of 74 predominantly young workers, as well as branch committee members and guest speakers.

The event was aimed primarily at non-industrial employees of Devonport aged 35 and under, although all employees were invited.

Kelvin Perry, YPN lead at Devonport, said: “We had a fantastic turnout and hopefully this has rallied interest in the YPN.

“It gives a collective voice to all employees under 35 to express opinions, explore issues and share positive experiences that relate directly to being a young professional.”

The launch represents the culmination of a renewed focus early last year by Prospect reps at Devonport to recruit more younger workers, which was covered in Report last May.

At the time, branch secretary Del Northcott said: “We need to recognise that the world we live in is changing and we have to change with it or we will have no future as a representative body of the workers.”

Registration for the YPN launch kicked off at 7.45am. Goodie bags containing freebies were handed out to attendees, who were also entered into a raffle in which they could win one of seven prizes, including an adventure day voucher.

Non-members were handed recruitment literature and membership forms. Three months’ free membership is on offer to anyone who signs up before the end of the month as part of a larger focus on union activities at Devonport this week.

When asked how the YPN committee generated such interest in the launch, Kelvin said: “We emailed people directly to invite them, rather than relying solely on company notices and posters.

“We also secured good speakers and advertised this. They made presentations on topics that young professionals can relate to and see value in.”

YPN national committee member Gary Best, who works as an engineer at the Rosyth Royal Dockyard, gave a talk on the YPN.

He was followed by Naomi Slade, a Devonport YPN member and human performance manager at Babcock Marine, who delivered a presentation on confidence and self-belief.

After a break, during which bacon and vegetarian baps were provided, Prospect member Chris Tomkins, who is director of operations for Devonport, gave a talk on career progression at the company.

“The offer of food helped to get people to attend the event so early on a Monday morning,” said Kelvin.

Sharon Brown, Prospect’s national YPN co-ordinator, said: “Kelvin and his team did a great job of organising this event.

“The successful launch of this YPN provides a good model for younger members wanting to do the same across the union.”

Kelvin said: “This has been a very positive experience. Now we need to assess the feedback received from forms we handed out at the event and make sure we continue with the momentum.”