Prospect has written to the government’s chief people officer, Rupert McNeil, endorsing the Valuation Office Agency’s new approach to performance management – and encouraging him to allow other civil service employers to adopt it. 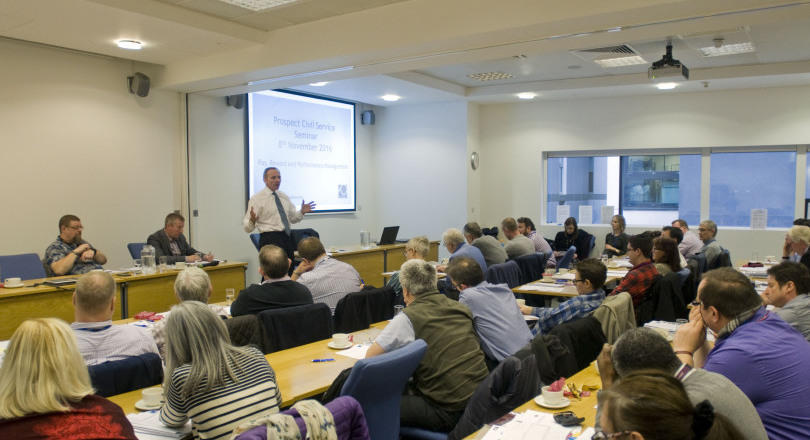 Prospect negotiator Rose Willis said the move from a divisive, judgmental and subjective approach to a supportive, continuously flowing, yet simpler system was truly exciting.

McNeil is evaluating the success of the VOA pilot Performance Achievement Scheme (PAS) which was launched in May 2016. The key features are:

Prospect has only seen data for the first two quarters on how the new system has affected people by grade and by protected characteristic.

And the data is not absolutely reliable because not all staff have completed the forms that record their characteristics.

But based on the data Prospect has seen, the results of staff surveys and feedback from members, Willis said VOA staff see the system as “a really excellent change to their day to day working lives”.

“I have been negotiating performance management systems with the civil service and private sector employers for twenty years.

“The PAS system is the most enlightened way of assessing potential/performance that I have come across and the type of system I have always been advocating,” she said.

Willis urged McNeil to allow VOA to continue with this system in the future – and allow other civil service employers to adopt it if they want to.

In her letter, Willis said: “There is still work to be done on fine tuning the system. This includes helping managers to become confident coaches; embedding the understanding that the system is not about judging high performance; collecting full equality data and speeding up the scheme’s administration.”

She also said she was satisfied that staff were not being unfairly rushed into capability dismissal.

“I am really hopeful of seeing PAS-like systems working well in the long term. This would change the whole culture of mistrust and fear of performance management that has unfortunately developed in the civil service over the past 25 years,” she added.

Willis also set out why performance management in the civil service had caused real misery and destroyed trust and confidence.

“Performance management systems that rate employees against each other at the end of the year in order to meet forced distribution curves that can only be stage managed by moderation meetings have discredited the whole concept of performance management in the civil service and elsewhere.

“They are easily corrupted by human subjectivity and it is widely accepted that they were actually more important to employers as mechanisms to distribute pay, unequally, and sometimes to a massive degree.

“They inevitably divide and demoralise staff and discriminate against certain groups,” she concluded.