Thousands of visitors to the Skills Show in Birmingham in November had the opportunity to test their environmental knowledge, learn about soil science and try their hand at forecasting earthquakes using party poppers! 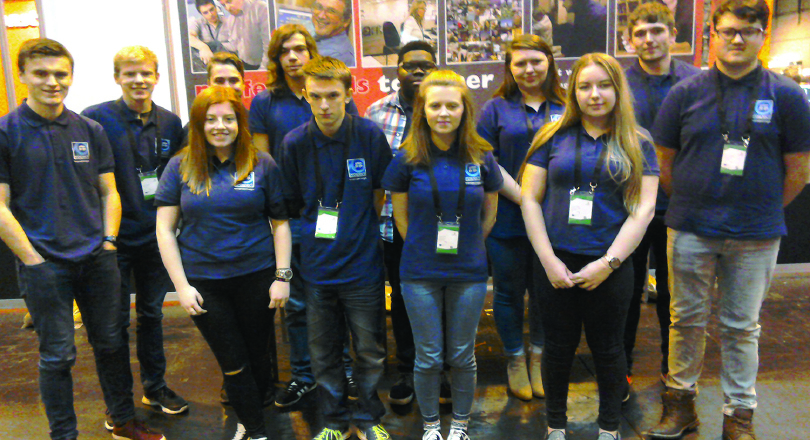 Stephen and Owen beat off competition from five other teams – from SW College in Ulster, North Notts and Mid Kent Colleges.

The silver medal was awarded to Chloe Owens and Josh Foster of Furness College and another team from Coleg Sir Gar – Tamar Lewis and James McMillan – took the bronze medal.

d around 15 hours to develop a sustainable energy plan for an island community and convince a panel of judges to support their blueprint. Plans had to take account of:

The competition was ably supported by a group of Prospect volunteers including NEC member Nigel Titchen, Paul Curtis and David Bailey.