Standing room only at event to celebrate technicians

Standing room only at event to celebrate technicians

The mood was celebratory at Diamond Light Source, on the Harwell science campus in Oxfordshire, at an event organised by Prospect in June as part of its RegTech project to raise the status of technicians. 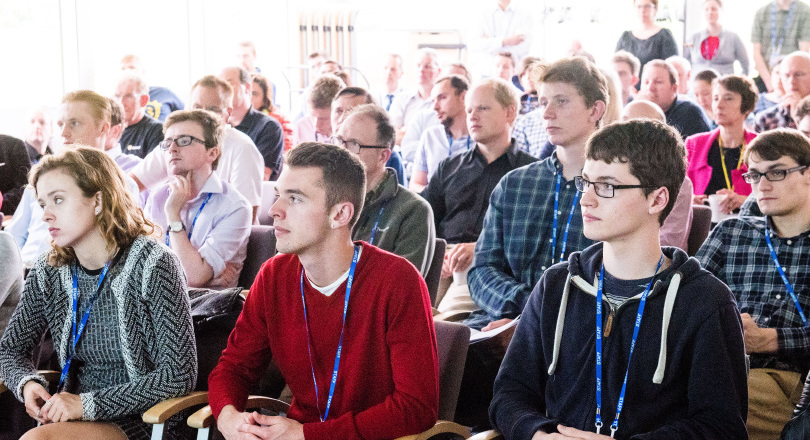 The winners of the project’s registered technician poster competition were revealed and the entries put on display in the atrium. Staff from employers across the Harwell site were invited to attend.

There were two sessions on effective communications in the workplace, organised by the branch, plus a fascinating talk by Alan Brunstrom from the European Space Agency.

The morning communications session covered topics such as the art of listening, what to say and how to say it, and choosing the right method. In the afternoon, the value of verbal and non-verbal communications were discussed.

Perhaps the most important part of the day saw the 2016 RegTech poster competition winners announced.

“Science projects are collaborative and the result of teamwork. Some members of the team get overlooked, often the technicians.”

He had found it difficult to choose the winners and explained how the project seeks to ensure that registered technicians and apprenticeships have fair access to opportunities, and are valued as much as those coming from an academic route.

Neil thanked Diamond Light Source, the Science and Technology Facilities Council and Prospect; as well as Diamond chief executive Andrew Harrison and HR manager Angharad Siement; Lisa Fairclough of STFC; the judges and, most importantly, the other contestants.

Lloyd Collier, Prospect branch secretary at Diamond Light Source – who is seconded to the RegTech project – said: “The day went really well.  There were some excellent posters; and although I would have liked to see a few more, this was the first year of the competition.

“I think we’ve laid some good foundations for bigger and better events in the future.  I would like to see it expanded as there are many organisations with apprentices and technicians on the Harwell campus.  Who knows, we could even go national one day – Prospect technician of the year, anyone?”