"Education is a bigger prize than exam results"

"Education is a bigger prize than exam results"

Professor Mick Waters was one of the guest speakers at the Education and Children Services group professional seminar in Birmingham last November during Union Week. 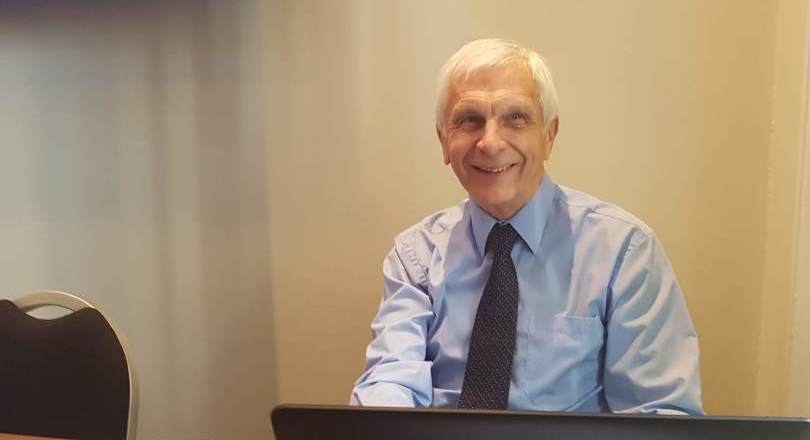 The professor, whose previous roles include director of curriculum at the Qualifications and Curriculum Authority, gave a presentation that was philosophical, thought-provoking and often humorous about the current state of the education system.

Here, he talks about some of the issues that he raised, the importance of early years and the enduring wonder and magic of teaching.

Your presentation began with a simple yet profound question: what is the purpose of schooling? In a nutshell, how would you answer that?

When young people come to the end of their schooling, the ambition should be that we've enabled them to make the step from home and community to the big wide world; that they’ve got the skills to manage their own life; that they can make a positive contribution; that they can be the sort of people who can thrive as adults happily and fruitfully in the world around them in a productive way.

How close is the reality to your vision, do you think?

I think that picture is very close for those youngsters who go through the  system successfully, in as much as they gain GCSEs and A-levels.

The problem is that for another group of children, they are gradually disengaged and disenfranchised from education and, therefore, from other aspects of life.

That’s because the model for success is largely limited to the ability to do well in tests and exams, rather than to start from a model that expects everyone to succeed across a broad spectrum.

What can we do to help catch those young people falling through the net?

The tyranny of the exam system is that it washes back all the way through the system into primary schools and early years experience.

So why is the government is moving towards examinations for younger and younger children?

One reason that tests are being introduced for younger and younger children is, ironically, that more schools are questioning the validity of the current system.

They may not realize they're questioning it in the way that I'm talking about, but they're giving children what they call a more rounded experience, or a richer childhood.

The current government believes that one way to arrest that tendency is to pull it back with more tests for children.

Are there any simple, practical steps that would reduce the emphasis on exams?

Removing GCSEs. It would save the country a phenomenal amount of money in terms of developing tests, piloting, marking tests, even the sitting of tests for something like four weeks, plus four weeks of mock tests meaning that big rooms and halls are out of action for weeks on end, which means that children often can’t do PE, or dance, or drama.

The problem is that a lot of people in the system think exams are the only motivation that exists for children up to 16. Until we break the cycle of thinking you only motivate children through testing them, we're in a terrible mess.

That would require a big shift in government policy…

It's unlikely because people have been taught over generations that exams are important so they find it very difficult to conceptualise a different system.

Now, the only thing that matters is whether you've got certain grades at GCSE, so actually you're still announcing that certain children have failed.

You lamented the lack of trust and innovation in the system, and said teachers and pupils were just jumping through consecutive hoops?

If you change the inspection regime, which Ofsted is promising to do, you might leverage a different outlook into the way teachers work but only for a very short time.

The teachers are so good at jumping through hoops, they spend the time looking for them to jump through!

As soon as Ofsted bring out a new inspection framework, they'll look at the reports from the first six schools that are inspected under that framework, and then they'll copy the practice and behaviours described in those reports.

It’s a really brave educator to say I'm not going to prioritise exam results. The enjoyment and the learning of my children is more important…

They need support from headteachers. They need to be in a community where the conversation is: “learning comes first and the exams come as a result of learning.”

And those children who are doing the exams, are doing it additionally to good education, not as the main point of the education.

I find it very sad when children get GCSE history and then say, “thank goodness, I don't ever need do it again.”

There wouldn't seem to be a lot of point in doing it then?

A lot of our members work in early years education but it's also an overlooked area of the system?

Most children's destinies are created in primary school. If, as a parent, you can work out which primary school is going to get your child through those exams and you can get them in there by virtue of being able to move to the catchment area, you're pretty well getting a child onto the successful A-level route.

The early years phase is recognised as one of the most important for growth in life and successive governments talk about putting more money into the early lives of children.

The problem they've got is they never have enough resources to actually to do it.

If you took the amount of money spent on every 16-year-old for their exams and used that for better provision for three-year-olds, you might end up with better outcomes further down the line in 13 years’ time. But no government will take what they see as a risk.

Early years practitioners promote learning that develops the emotional and social welfare aspects of children. The progress achieved over the last 25 years in that area is stunningly good but there's much to do.

Too many people still think early years is childminding or keeping children out of the way so that parents can get back to work. Actually, it’s laying the foundations, and foundations which have been proved to be very important.

You've had many roles within the education system. In which one do you think you've made the most difference?

When I was a headteacher. I think headteachers still have the most influence on the system. They can encourage teachers and children to be a true learning community.

I think headteachers have been manipulated into being branch managers and they've got to reclaim the role of ultimate teaching professional, in order to make the system as effective as it can be.

Tell me about your current role.

I work in a group of schools in the West Midlands trying to help them improve and develop.

Beyond that I have been doing some policy work for the Welsh government, which has been about developing professional standards for teaching and leadership.

I've just chaired an independent review of teachers’ pay and conditions in Wales, which was a fascinating thing to have done.

I get asked to do things around the country so I've got various projects going on, typically to do with school improvement or teaching.

At the end of your presentation you show some really wonderful examples of art and writing. After all these years, you’re still inspired by the young children you meet?

I do find that children of any age, from early years to teenagers, are sources of absolute wonder and joy.

What we should be doing is fuelling their endless capacity and wish to find out about things and be enjoying it with them.