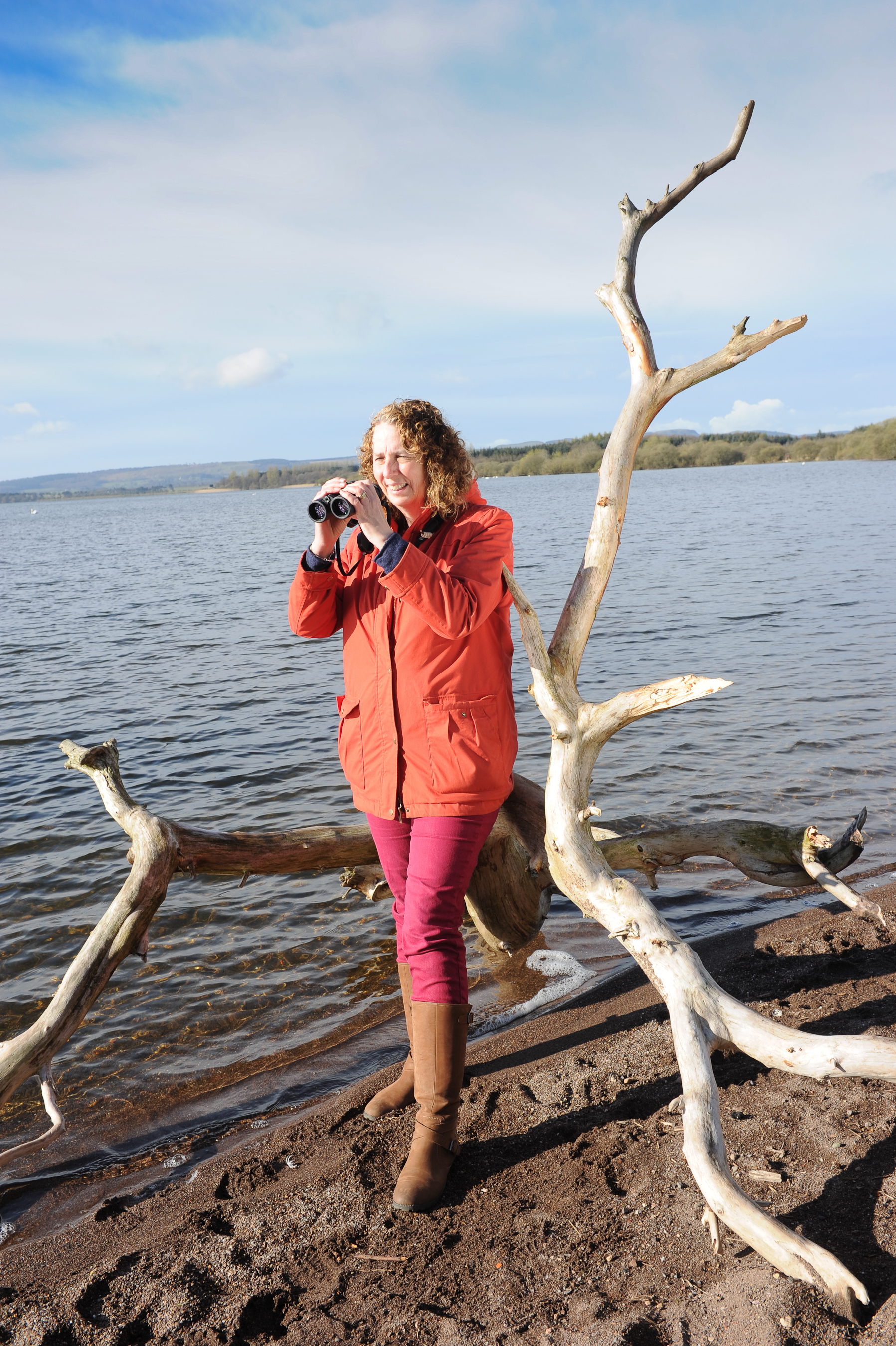 Helen Taylor is an Operations Officer for Scottish Natural Heritage, based in Perth.

One of Helen’s roles is responsibility for compliance with protected places legislation at Loch Leven National Nature Reserve in Perth and Kinross.

The loch sits in the heart of Kinross-shire. It is Scotland’s largest lowland loch and one of the most important sites for waterfowl in Britain.

In recognition of its wildlife importance, Loch Leven has a number of conservation designations. As well as being a National Nature Reserve, the reserve is a Special Protection Area for its international importance to wildfowl, a Site of Special Scientific Interest for its birds, plants and insects and a Ramsar* site.

The work that Helen and her colleagues have been involved in has seen the loch’s ecological recovery from an event in June 1992, now known as ‘Scum Saturday’. The loch suffered a serious algal bloom, estimated to have cost the local community more than £1m in lost revenue.

The bloom was caused by the nutrient enrichment of the water in the loch. Work by SNH and its partners in the Scottish Environment Protection Agency, Perth and Kinross Council, the Centre for Ecology and Hydrology and other bodies resulted in a massive reduction in the nutrients coming into the loch from the surrounding area. This in turn has seen the Loch returning to a state which it has probably not seen for decades.

The return of a healthy water environment at the site prompted the development of a 13-mile walking trail around the loch and its immediate environment (the Loch Leven Heritage Trail).

“SNH provided this community-led project with huge support, not just financially but with development support and negotiations with land managers. Our work has involved ensuring that the objectives of the trail were achieved without adversely impacting on the birds that live at the loch,” says Helen.

Work in soft economic areas, like the environment and heritage, can produce the hard economic benefits that help the economy tick.

She believes passionately that the work of her team at the Loch Leven reserve and of SNH more widely, has added value to the local and national economy and will continue to do so.

“I feel that the work which SNH has been involved in at Loch Leven shows how nature conservation is not just good for the birds but for people too. Loch Leven and the trail attract more than 250,000 visitors a year who come to enjoy the outdoors and healthy exercise.

“Local businesses have developed and expanded as a result of the healthy loch ecosystem and the heritage trail. A recent visitor survey suggested that the trail brings in additional revenue to local businesses of up to £2m per year.

“Even the world-famous trout fishery at Loch Leven – which had fallen into the doldrums – is now experiencing an upturn, with larger fish being caught more often and the fishing is better now than it has been for a long time.”

*A Ramsar site is a wetland site designated of international importance under the Ramsar Convention on Wetlands, an intergovernmental environmental treaty established in 1971 by UNESCO.