Neil Hope-Collins, who works for the Health and Safety Executive, describes what’s involved in making sure that asbestos removal is properly planned before anyone even steps on site. 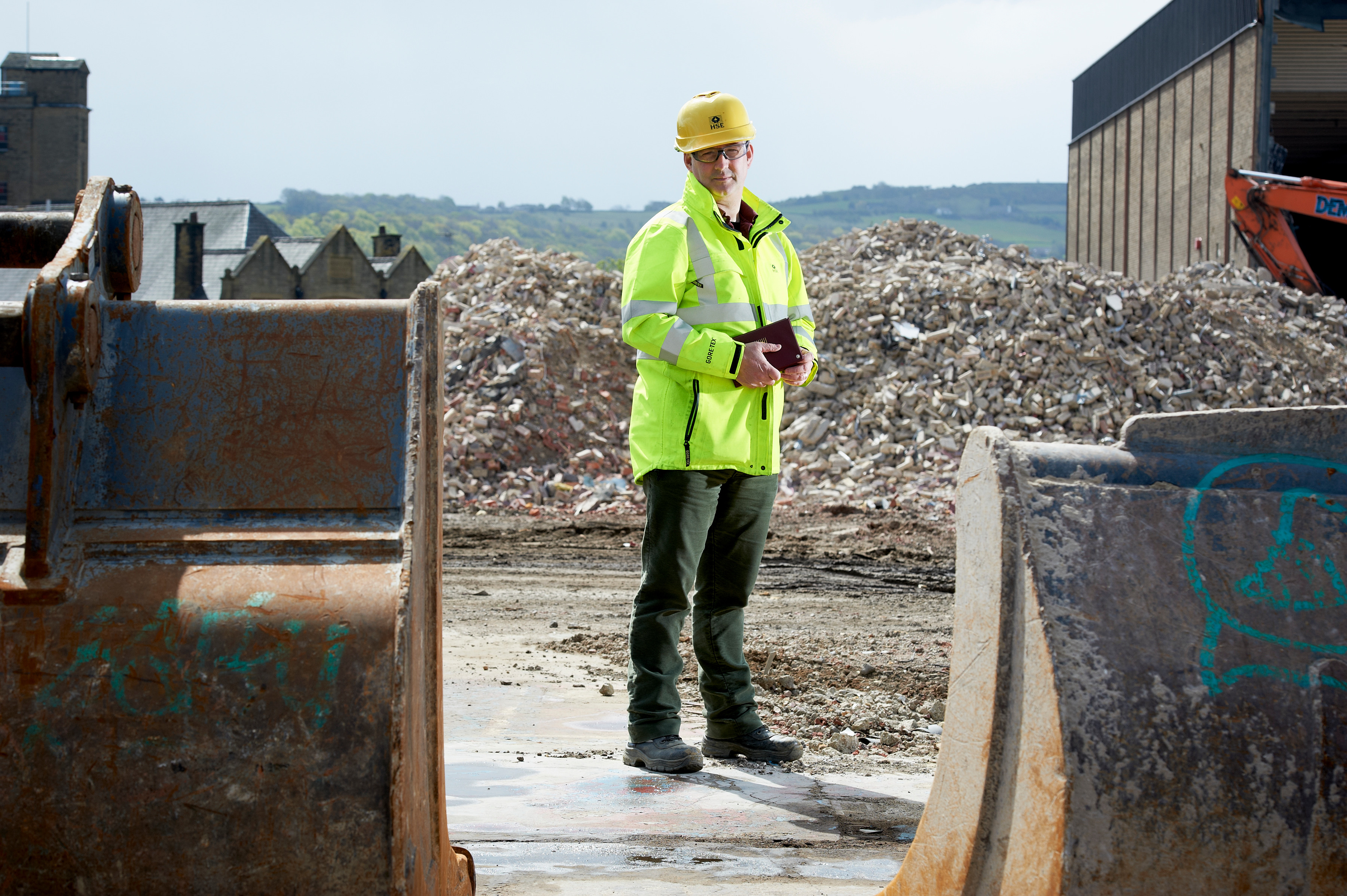 Our office recently received notification of an asbestos removal job in a local school. The company carrying out the work is due to renew its license later this year and we have enough evidence to form a reliable view of the way they carry out the work.

Asbestos removal work inspections are only carried out by inspectors who have received specialist training. This is to ensure that they are able to manage the risks of being exposed themselves through the inspection.

I knew where and when the work would take place and who the supervisor would be because this information is included on the notification.

Once on site, I introduced myself to the site caretaker and asked to be taken round to the asbestos workers.

When I was at the perimeter of their work, I asked the supervisor to check what stage the work was at, how many people were on site and where they all were.

Having decided it was safe for me to enter the site, the supervisor led me to the enclosure. We passed the waste skip and the decontamination unit (DCU) on the way. At this point I could have stopped to inspect these elements, but as there were operators in the enclosure I wanted to be able to see how they were working so we carried on.

At each point I was checking the conditions. There was no evidence of any spillage on this site which was well-organised and the supervisor was knowledgeable.

When we got to the enclosure, I made a visual check of the condition so I could be sure there were no holes. I also looked at the door flaps on the air lock exit to see if they were at the correct angle, being pulled in by the fans.

Workers on the job

I was able to see how the two operators were working using the CCTV. The debris on the floor was wet (to control the spread of fibre) and it was clear when I inspected the waste bags that all the waste was wet.

The operator taking bagged waste to the enclosure’s exit was following the correct procedures to stop the spread of asbestos out of the enclosure.

There was a ‘bag lock’ for passing the waste bags out that was separate from the three-stage air lock in place for the operators to access the enclosure.

The ‘outside man’ who was carrying the double bagged waste to the skip was wearing the correct equipment and following the prescribed transit route. The skip was secure and lockable.

Having seen how the operators were working, I went back with the supervisor to go through the plan of work. I like to start with the plan as I find it easier to understand the work with pictures.

The supervisor explained that he had modified the plan when he arrived on site – moving the three-stage air lock to reduce the transit route from the air lock to the DCU.

I made a note to raise with head office ie the quality of planning, whether a site visit had been made, or if the site had changed between the plan being drawn up and the supervisor arriving on site.

I also inspected the paperwork for everyone on site. This means checking that each person has a current medical assessment certificate, recent training at the correct level (operator or supervisor), face fit certificates for each piece of Respiratory Protective Equipment (a half mask and full-face mask for each person) so that I could be sure that their RPE would be effective.

I then looked at a sample of the certificates and daily check sheets for the equipment on site eg the vacuum cleaners and the fans that keep the enclosure under negative pressure.

I had noticed that on the plan the negative pressure unit (NPU) was positioned so that it went into another part of the building through a hole in a wall. The plan of work then showed a pipe from the NPU to take the filtered air out of a window.

I asked the supervisor to take me round to this part of the building so that I could verify that the pipe had not fallen out of the window and the filtered air was actually being vented outside. It was – they had secured the pipe with a large quantity of gaffer tape!

Finally I inspected the decontamination unit (DCU). I have to start by checking that it is actually connected to water and power so that it can work (this is often the first thing to check on site but today I wanted to see inside the enclosure while the operators were still working).

I then look into the shower compartment and check that the operators have warm water, soap and a nail brush and that there is a way for them to dispose of the filters from their RPE. When decontaminating, an operator goes in through the dirty end, strips out of all his clothes, puts them in a contaminated waste bag then goes into the shower, still wearing his RPE.

RPE is only taken off when the operator is confident that it is not contaminated anymore. He then dismantles it placing the contaminated filter into a waste bag and thoroughly washes and decontaminates the rest of the RPE.

The DCU was fine on this occasion, but this is not always the case.

I tell the supervisor that everything on site was OK and that the risks were being controlled. I said I would call head office to ask about the planning and where the airlock had been positioned as this speaks to the license holder’s approach to planning work.

It is not unusual to find jobs where the license holder produces a poor plan of work but a good supervisor rescues the situation and improves control on site.

This is always followed up and is the sort of thing that is raised at a license assessment.

Why we need licences

The whole point of a license regime is to ensure that work with asbestos is properly planned before anyone even steps on site.

The supervisor was nervous at the start of my visit, but recognised that the controls he had put in place were to make sure people, his operators and the children and staff at the school were not exposed to asbestos.

The fact that I inspected this job made no difference to the controls or his attitude to the risks.