Catherine is a control engineer with UK Power Networks; they own and maintain electricity cables and lines delivers electricity to 8 million homes and businesses in London, the south east and east of England. Catherine joined the company in 1987 as an engineering trainee and went into control operations four years later. 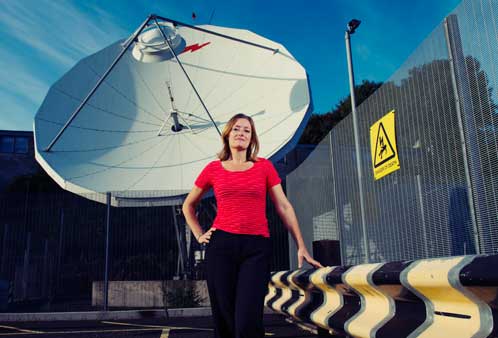 When I applied to train, it didn’t occur to me that there would be more men – although it’s obvious because for years women wouldn’t apply for that kind of job. However, the whole time I’ve been here, I don’t believe I’ve been treated any differently from the men. As long as you do the job it doesn’t really matter.

"My main role is to look after the electricity network and there are two main parts to that. One is looking after everyday work on the system, which can be maintaining all the equipment we've got. That means putting in reinforcement where needed, such as new substations or even clearing trees to stop power cuts happening. The other part is to deal with faults as and when they occur, which you can't plan for in advance. So we reconfigure the network to try to get customers back on as quickly as possible.

"I've been doing this job for a few years now and I never lose the buzz I get from getting supplies back on. You get a bit of an adrenaline rush and it makes you feel good, because you're helping people.

"I got supplies back on once during a really big football match. Everyone had gone to the local pub to watch the game and the electricity went off. But we got it back on again, and there was a mighty cheer - people were so happy to be able to watch their football match. Things like this make you sit back and realise that you are doing a good job.

"I think if you are that way inclined you will never be happy unless you're doing something where you're solving problems, using your brain and fixing things.

"When I applied for the training, it didn't occur to me that there would be more men. It's obvious though really, because for years women wouldn't apply for that kind of job. However, the whole time I've been with the company I don't believe I've been treated any differently than the men. As long as you can do the job it doesn't really matter.

"Almost every time I have meetings I'm usually the only woman in there. But I love it, it doesn't bother me at all. I am just one of them. They don't think of me as being a woman, I'm just one of the team. I am who I am, I do things my way. In the control room you have 50 different people working: different personalities, different ways of working, all producing the same results.

"We've got a women's network which is very proactive in the company. We get together and have guest speakers and inspirational people who talk to us. It's really good to meet with other women in the company because there aren't that many of us.

"This industry doesn't appeal to lots of people if you ask me, regardless of gender. I think youngsters these days are more inclined to go into IT, whereas what we're doing is a lot more traditional, so maybe it doesn't have that excitement. But we are trying to encourage more young people to come to the industry.

"It's the type of industry where people stay for life. We have a lot of families working here in generations. I'm getting to a point where you see a surname come up and realise they are related to someone else. I think people realise that it's a rewarding job and therefore encourage their siblings and children to join the company as well.

"The most rewarding thing about the job is when it gets really busy and we have severe weather that goes across the area and causes major problems. You work really long shifts and answer the phone non-stop, dealing with faults, and when that's all finished you sit back and review what's happened. You look at how many faults you've had and how quickly they were fixed. It feels good to think I'm part of a team that helped so many customers get on so quickly."