Leading the way in health and safety

Nuvia rep Penny Oliver talks about her branch and company's outstanding approach to health and safety. 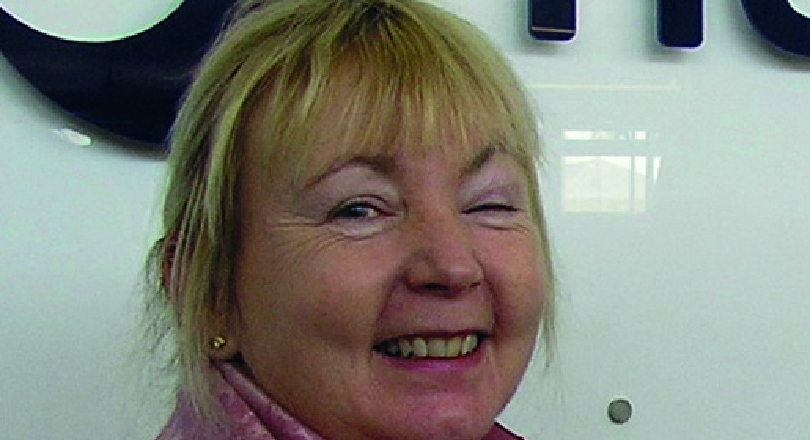 You would expect that Prospect’s branch at Nuvia, a nuclear engineering, management and decommissioning group, would know a thing or two about health and safety.

Prospect negotiations officer Arron Baker says the branch has one of the best approaches to health and safety that he has ever come across. They’ve got the awards to prove it too.

This year Nuvia won the Royal Society for the Prevention of Accidents’ top award, the Sir George Earle Trophy, for outstanding performance in health and safety. This is in addition to the RoSPA award won last year for active workforce involvement in safety and health.

Such excellence didn’t happen overnight. Penny Oliver, a Prospect health and safety rep at Nuvia, has been on the journey since the beginning.

She credits a pivotal visit to a Nuclear Decommissioning Authority conference in 2008, which led to visiting Capenhurst to see ‘Safety-First at Capenhurst’.

“After we came back, we started our subcommittee called BeeSafe. We started looking at safety and wellbeing campaigns. The key thing was what we wanted to make sure that families and friends were included.”

BeeSafe has run initiatives on safer driving, slips, trips and falls, not just in the office but at home too, cyberbullying, mental health, healthier eating and one that has saved at least a couple of lives.

“We taught people how to do breast and testicular checks. We had models with tumours in. We also looked at prostate issues and skin cancer. We did urine tests, looking for things like diabetes, and we had an occupational health nurse who was available for a chat.

Penny says that Nuvia has been incredibly supportive.  They are funded by the company’s Assurance department, and the BeeSafe team meets regularly with senior management, chaired by the chief finance officer.

I would like to give the company credit for their work.  Our Assurance head and CEO leads on safety at our French parent company meetings,” she says.

Next, on the BeeSafe committee’s radar is helping to tackle neurodiversity and suicide prevention.

Perhaps Penny’s zeal for health and safety is mirrored in her attitude to union membership.

“I joined the TU when I started work, and I can't imagine people not wanting to join a union. Health and Safety have always been my key focus because health and safety for everybody,” she says.

From an early age, she knew she wanted to work in science. She joined the United Kingdom Atomic Energy Authority in 1976 as an assistant scientific officer, where she got a sound grounding in disciplines such as chemistry, electronics and nuclear physics.

Over the years, some of the responsibilities and former functions of the UKAEA would be spun-off into the private sector.

It was through such corporate manoeuvrings, and through the same grade transfer between departments, that Penny found herself in her current role in Nuvia, specialising in protecting people from ionising radiation. She enjoys it because you “get to dip into lots of different sciences.”

Her corporate customers are in specific industries where there is the use of, or the risk of coming across, radioactive materials. It is a diverse roster of companies, such as security, agriculture, metallurgists and instrument manufacturers.

“We project manage the customers and provide a service where we audit them against the regulations. We also provide training, which is a big component of our job.”

Over and above the various health and safety campaigns that BeeSafe has launched, Penny is aware that, sometimes, it’s just about being “there for someone to talk to, and try to help them.”

“We had a round of redundancies at the beginning of the year. It wasn't as bad at my branch, but we managed to get people redeployed, and made sure there was excellent communication to keep them informed.

“It’s so different now from when I started at work. We're bombarded with social media and the nuclear family has been fragmented. So you try your best with each individual’s problems.”