Prospect has been warning of the consequences of a no-deal Brexit since the referendum in 2016. Here we focus on aviation, broadcasting, chemicals and food 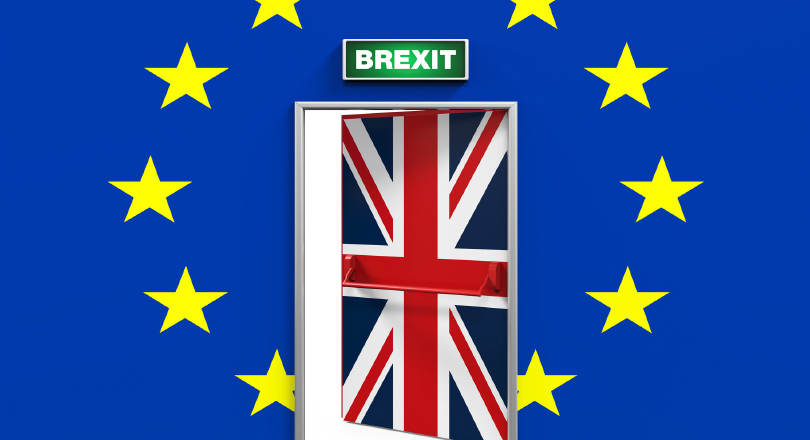 The aviation industry is a textbook example of the legal, regulatory and resourcing issues that would hit the UK if there is a no-deal exit.

Prospect strongly believes that the government must do everything possible to avoid the potential risks in this outcome and protect jobs and standards in the sector.

The union has been warning of these risks since the referendum – especially the very real risks to aviation that would result from a no-deal Brexit. But the government has been slow to respond.

In September, it finally released a technical notice for the aviation industry setting out its thinking on what would happen if the negotiations broke down.

The good news is that the government believes that planes would not be grounded on day one. It plans to offer a “bare bones” agreement where the UK will continue to allow flights from the EU to land at its airports – on condition that the EU agrees to do the same for UK flights.

Steve Jary, Prospect national secretary, said: “This is simply common sense and should be relatively easy to agree with the EU. But the aviation industry’s concerns stretch beyond the possible grounding of planes on 30 March 2019.

“First there is the problem of the UK leaving the European Aviation Safety Agency (EASA). If we do leave, the Civil Aviation Authority (CAA) will have to take up EASA’s functions, resulting in a sharp rise in its workload.”

The CAA believes the UK should try to stay in EASA. The chief executive warned last year that it made no sense to recreate a national regulator. He also said that the CAA had not been preparing to go down this road as “it would be misleading to suggest that’s a viable option”.

However, the government has not made any progress in securing UK membership of EASA after Brexit. And it has not resourced the CAA appropriately for taking on these responsibilities, resulting in a sort of no-man’s land that could be exposed if the negotiations do collapse.

Beyond this, there are other technical challenges arising from a possible no-deal exit from the EU and the EASA.

For example, pilot and engineering licenses issued by the UK may no longer be valid in the EU, resulting in a costly relicensing process. On these issues the UK government has little to offer aviation workers, simply telling them to check with their employers about whether they will be affected.

Prospect’s media and entertainment sector still has deep concerns that broadcasters using the UK as a base will move elsewhere.

In its response to the government’s Brexit technical paper on broadcasting and video, BECTU head Gerry Morrissey pointed out that:

Gerry Morrissey said: “More than 1,400 channels use the UK as a base to broadcast from and employ highly-skilled, well-paid staff. The technical paper will do little to reassure these workers and the companies they work for in the event of a no-deal Brexit scenario.

“Rather than adding any new detail, the paper just confirms what many broadcasters already know – that they will need a licence in at least one EU country to continue broadcasting to the 27, and will have to have a substantial business presence in the licensing country.

“There are deep concerns that many of the roughly 700 TV channels originated in this country, but destined for consumption elsewhere, will move much of their operation into the EU. There is very little clarity on what the government intends to do to resolve this.

“Even more disappointingly there is no update on whether free movement of workers in broadcasting will continue in a no-deal scenario.

“This is a pressing issue that the industry has indicated as a priority and yet workers and employers are still waiting for an answer.”

Read the full story here. You can download the government technical paper here

A no-deal Brexit could have huge implications for the UK’s chemicals industry, Prospect and other experts warned in September.

If the UK leaves the EU without a deal, UK companies producing chemical and biocide products may not be able to import what they need to make their products. The UK would also run the risk of losing its voice in the sector.

The Health and Safety Executive’s Chemicals Regulation Division (CRD) regulates biocides, pesticides and chemicals used in the UK. Alongside the German regulator, it is one of the largest and leading chemical regulators in Europe. It employs around 250 scientific, policy and support staff in York and Bootle.

CRD is supporting the Department for the Environment, Food and Rural Affairs on developing an IT system for the REACH regime in case of a no-deal Brexit. It would ensure that companies can continue to register chemicals in the UK.

REACH is an EU regulation covering the registration, evaluation, authorisation and restriction of chemicals.

However, the system is an insurance policy at considerable cost to the UK taxpayer and government as it might never be used if the UK is able to become an active participant of the European Chemicals Agency – but without voting rights.

Plans for a biocide IT system are yet to be confirmed. Biocides come under a separate IT system to REACH and it is unclear if the UK will continue to have access to this resource.

The division is also expending considerable resources on creating a list of unacceptable chemicals within the pesticide regime, which would need to be agreed at EU level and then transposed into UK law by the Withdrawal Act.

A vote on this list is expected in the coming months. However, if this delayed, not passed, not agreed or in the event of a no deal Brexit, only legislation already agreed and in place before the date of withdrawal will apply in the UK.

Even if the UK managed to negotiate limited participation with the EU:

Thirty per cent of food eaten in the UK comes from the European Union and another 11% from non-EU countries under the terms of trade deals negotiated by the EU.

UK self-sufficiency has been declining for the past 30 years and could not quickly be reversed – so EU food imports could not easily be replaced by producing more in the UK or importing more from non-EU countries.

In May, the House of Lords EU energy and environment sub-committee said that if an agreement cannot be negotiated by the time the UK leaves the EU, an increase in tariffs could lead to significant price rises for consumers.

It also said that the additional customs workload could choke the UK’s ports and airports and significantly disrupt food deliveries.

Food security is just one of the areas where a no-deal Brexit could have a huge impact.

For Prospect members working in the industry – from plant and animal health inspectors to scientists in the Food Standards Agency – key areas of concern include:

The union highlighted the impact of Brexit on biosecurity and plant and animal health in evidence to a House of Lords enquiry and said regulatory standards must not be compromised.

A growing number of pests and diseases have entered the UK in recent years, most recently the Asian hornet found by the National Bee Unit in Devon and the Asian Tiger Mosquito confirmed by Public Health England in 2017.

The union’s evidence also said that:

You can find Prospect’s submission on the enquiry webpage.