Rory Trappe, a Magnox rep for 18 years at the decommissioned Trawsfynydd nuclear power station in north Wales, tells Prospect about how he got the site officially considered for a small modular reactor. 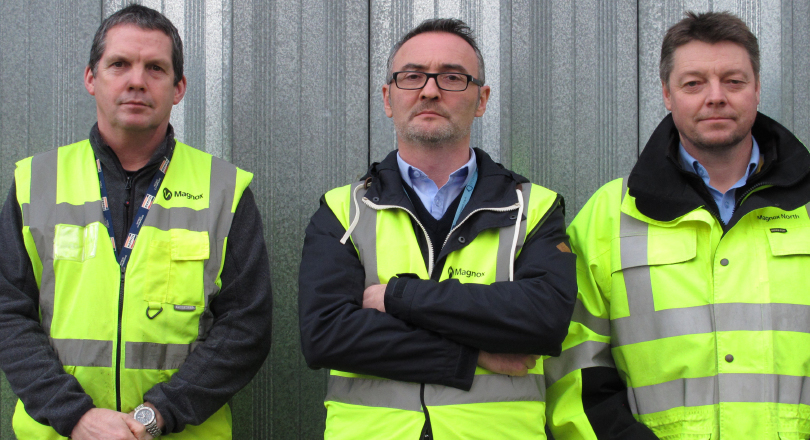 The Magnox nuclear plant at Trawsfynydd in Snowdonia National Park closed in 1991 and the timeline for decommissioning, recovering waste and winding down the site would last until 2021.

This was the plan that everyone, including Rory Trappe, a shift leader at the site, was working towards in 2010. If nothing else, it meant there would be work there for at least another decade.

However, later that summer a bombshell proposal was adopted to accelerate the decommissioning and put the site into care and maintenance by 2016. Rory, who lives locally, knew this meant trouble.

“Given the age profile of staff, who were going to be made redundant much earlier, what are the alternative employment opportunities for them in this area?

“I told the Nuclear Decommissioning Authority at the time... It’s fine for you – you’ll go back to Cumbria and we’ll be left with three boxes and a few rabbits running around the site. You’ll have your decommissioning, what will we have? Nothing.”

Faced with this bleak outlook, Rory and two of his fellow Prospect reps embarked on a plan to salvage what they could out of the situation.

Bryan Walley would focus on education and courses for staff, such as the European-funded ‘Shaping the Future' re-skilling project.

Paul Richardson would deal with the day-to-day issues arising out of the accelerated programme and the off-site meetings that reps needed to attend.

Rory took responsibility for looking at the socio-economic impact and exploring alternative opportunities in the area.

Rory’s brief would lead him down a maze of lobbying with senior politicians at the Welsh Assembly and Westminster, meetings and conference calls with American and Chinese energy giants and giving site tours to interested investors.

Extraordinarily, largely as a result of Rory’s early efforts to get the site recognised as having potential and being of strategic value in terms of grid connection and land availability, Trawsfynydd is now considered a favoured site for a new nuclear plant powered by a next-generation Small Modular Reactor (SMR).

Such an outcome would be a huge success for a professional lobbying firm or campaigning group. Rory was armed with nothing more than the Internet and a willingness to raise his hand, introduce himself and ask questions. His proactive attitude wasn’t universally appreciated at the time.

“I had senior people, directors and one or two other people, telling me you’ve got no chance,” recalls Rory.

“Once, after a meeting, I was told, ‘You do this on your own time. You're not using company emails. Don't involve us and don’t let the NDA know what you’re doing.’ It was a shot across my bow warning me not to upset the NDA.

“At the time I was taken aback. However in hindsight, it was good advice as I carried on, not as a Magnox employee or member of the public, but as a Prospect representative.

Back in 2011 when his quest began, the ideal outcome that Rory had in mind wasn’t necessarily an SMR. Just getting the site thought of as an asset, rather than a liability, was a hurdle that had to be overcome.

Rory got the ball rolling in July 2011 when Edwina Hart, the Welsh government minister for business, enterprise, technology and science visited the site. Afterwards, she tasked one of her civil servants to investigate what opportunities were available.

When she asked at a site meeting, what everyone wanted, Rory responded: “We want another power station.”

This coincided with a US-led consortium called Generation mPower designing an SMR called B&W mPower. They were eager for export opportunities around the world after the shale gas bonanza in the USA had thwarted efforts back home.

In early 2012, Rory attended a Nuclear Industry Association meeting in London and saw video presentations by Rolls Royce and mPower on SMRs and immediately realised that they would be a perfect fit for the site. He raised his hand to tell the assembled audience, “We’ll have one of these please.”

He wasn’t joking. Rory emailed mPower in the USA asking for a copy of the video. Once contact was made, and a relationship established, this quickly escalated to a simple proposition: “Would you be interested in siting one of your SMRs at Trawsfynydd?”

Quietly and discreetly he arranged a site visit for a representative from Bechtel (a partner developing the mPower with Babcock and Wilcox) to assess the possibility of one of their SMRs working at Trawsfynydd.

After a walk along the dam wall, Rory asked him for a definitive answer on whether Trawsfyndd would be a good site for a SMR. Most definitely, was the reply.

“That really was the green light for me. It was all guns blazing then,” says Rory. He stepped up his lobbying efforts and enlisted the help of an old family friend, Lord Dafydd Elis-Thomas, a member of the Welsh Assembly.

“It was like, how do we do this? If you don’t put up a for sale sign at your house, who is going to know it's for sale?”

As well as the Americans, Rory made contact with Dynatom, an international service provider that was carrying out work for a Chinese nuclear company after he spotted something they had posted on Twitter.

One morning, on a day off, he found himself taking part in a 35-minute conference call with Beijing in his car outside his daughter’s shop, where he was supposed to be doing some repairs. The Chinese quizzed him relentlessly about why he was interested in their SMR technology and how they could develop one in the UK.

It was time to admit that he was in over his head, and the following week Rory emailed a contact, who worked as an energy policy adviser for the Welsh Assembly government.

“I told him I had a problem. I’ve got the Chinese on one hand and the Americans on the other. I gave him my email and told him that I’m in way above my pay grade. I had visions of MI5 listening in on these conversations.”

The story doesn’t quite have a Hollywood ending yet. The Americans have fallen by the wayside and the last he heard, someone working for Snowdonia National Park had received a call from China asking about the possibility of a Trawsfynydd reactor.

However, most promising of all, Rolls-Royce are developing a SMR and expressed a desire to have one operational in the UK by 2030. Hopefully, as a result of Rory's lobbying, Trawsfynydd will be considered a suitable site.

The mood music has changed considerably since Rory and his colleagues first embarked on their journey. A SMR at Trawsfynydd is not just a possibility, but Rory has been told from various sources that it is extremely likely. An official announcement is expected this summer.

“Getting the Trawsfynydd site recognised as having potential to support a SMR was my main driver. Following Edwina Hart's visit in the summer of 2011, she set up the Snowdonia Enterprise Zone.

“Without the support and drive of the Enterprise Zone team, the possibility of having a SMR or any other form of future development at the site would have been dead in the water.

“Everybody else is on board with this. There has been a huge amount of effort going on in the background. I’ve had full support from Gwynedd County Council and from our local MP, Liz Saville-Roberts,” says Rory.

While he couldn’t rely on his company’s support, Rory was able to count on Prospect. From the very start, Mike Graham, a former Prospect national officer, helped by attending Rory’s pivotal first meeting with Bechtel.

“I always introduced myself as a Prospect rep from Trawsfynydd. The fact that I was a union rep, representing the staff here, really did open the doors. I would have got nowhere if I hadn’t been a Prospect rep.

"I have used it as my shield and to open doors, to talk to people and engage with them. We have only got this far because of that.”

Having come this far, the final irony is that the accelerated decommissioning at Trawsfynydd never did go ahead. But the possibility of a new power plant on the site is a far greater prize than a cleared brownfield site with ‘three boxes and a few rabbits running around.’

Rory concludes: “I've been fortunate enough to have been working in this industry since 1977. It was exciting, very innovative and exciting. I just hope we can recapture that for the future.”

Rory on some of the advantages of SMRs

“Small modular reactors have numerous designs. When they’re talking about SMRs a lot of people think about the ones in the nuclear submarines.

"The expertise for SMRs was built up in the 1950s and early 60s for the military. But there are marked differences in the size and type of fuel used in military SMRs and ones proposed for power stations.

"In terms of cost, you’re looking at around £1.5bn for a SMR power station that will produce 350 megawatts. That’s relatively affordable for a utility company.

"The key to the affordability of SMRs and why they’re relatively simple to manufacture is that they are built in a factory and delivered to site by road and rail under controlled conditions.

"So you do all the groundwork and put in all the drains, all the water supplies and connections and then you construct the framework for your steel work etc. Costs can be controlled and if you have a fleet of them, you can have a production line.

"In five years time, if the SMR here is doing well, you could add another one, or another 10. It’s not fixed. They’re modules. It gives the utility company flexibility. Imagine the effect on UK industry if we could build a fleet of these SMRs to sell abroad as well. It could be a resurgence of UK manufacturing.”