Procurement specialist Amy Arnold has just won a sex discrimination case against her employer, UK Power Networks (UKPN), with help from Prospect, after being denied equal pay and a promotion. 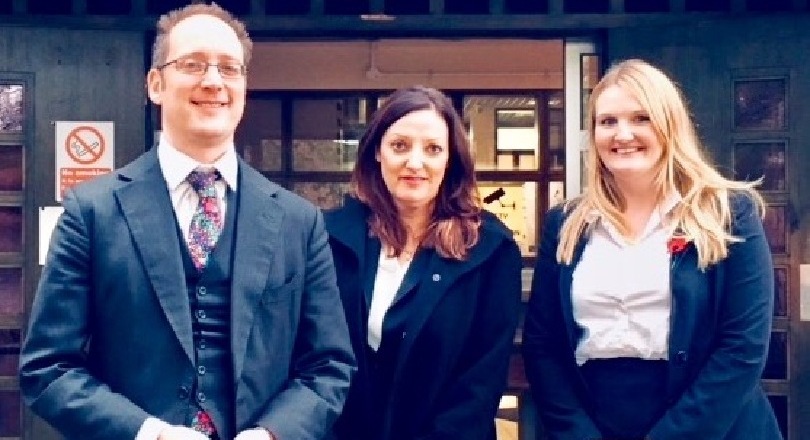 After starting at the company, Amy became aware that she was being paid substantially less than male graduate trainees, who were doing the same work as her, and raised it with her bosses.

Over 18 months Amy was consistently refused equal pay. Management told her she needed more professional qualifications, she needed to hit certain performance criteria and, then finally, that pay wasn’t in their remit.

“Those 18 months were very hard. I couldn’t believe that because of my gender – something that is completely out of my hands – I was being denied equal pay. I kept my head down, carried on with my job and started to talk to Prospect about what I could do next. I was determined to make sure this wasn’t dropped.”

A Norwich employment tribunal heard that not only was Amy denied equal pay, she was also overlooked for a promotion. A man who was less qualified and less experienced was given the job that she had applied for.

The judge found that she had been discriminated against on ground of sex and victimised for making a complaint about equal pay with her employer.

In his judgment he said that UKPN had consistently moved the goalposts on Amy’s pay and on the promotion, management had pushed ahead in appointing its preferred candidate to the role, and that Amy “never stood a chance of an equal playing field”.

Amy said: “After being subjected to sex discrimination, I am delighted to have been vindicated by the employment tribunal. I hope my case highlights to UKPN and other employers that sex discrimination is a serious issue and is not something that can simply be ignored. I am very grateful for Prospect’s support and would encourage anyone who is suffering from sex discrimination not to suffer in silence.”

UKPN have been ordered to pay compensation for Amy. The judge also recommended that Amy’s former team be trained in the Equality Act. The company is also committed to an equal pay audit.

Prospect legal officer, Jane Copley, said: “We hope this sends a clear message to employers that failing to act on known gender pay issues and victimising employees who raise them is not acceptable, and will not go unchallenged”.

Andy Bye, Prospect negotiator, who had supported Amy throughout her complaint and was a witness at the tribunal, said: “Prospect welcomes UKPN’s announcement that it intends to conduct a company-wide equal pay audit in the near future and remains committed to challenging any organisation in which members are subject to gender pay disparity”.