We are moderate – but don’t mess us around, says Mike Clancy

We are moderate – but don’t mess us around, says Mike Clancy 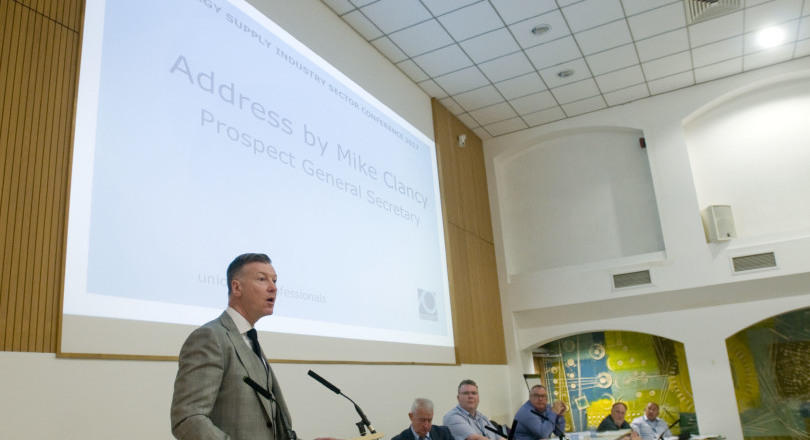 “There has never been a more important time to influence politicians and probably never more auspicious times for politicians to be influenced, given that the outcome of the election confounded expectations.”

Clancy urged members to participate in Prospect’s survey of how they voted, saying the findings from a similar exercise in 2015 had given the union ammunition with which to wield its influence with politicians from the two main parties.

The election outcome had created uncertainty, particularly around energy policy. While the two main parties had a view about introducing an energy cap, this was not necessarily wise in a market environment where capital costs were considerable, investment was needed and any energy mix had to provide security of supply.

Often debates about energy were not sufficiently influenced by the experts working within it, he added.

He said: “Ultimately unions have to win, and be dominant and visible, in the workplace. That means the hard work, particularly in the private sector, of understanding the nature of the employers we are dealing with.”

Many members, especially in energy, cared about the success of their employers’ mission, so Prospect’s agenda had to be “very sophisticated and well put”, with the power, if necessary, to oppose.

The biggest challenge was getting the next generation of young workers into trade unions.

“Ultimately if any union can take on an employer it remains Prospect. We are moderate, we want to be engaged. We’re measured. We’re evidence based. But don’t mess us around,” he concluded.