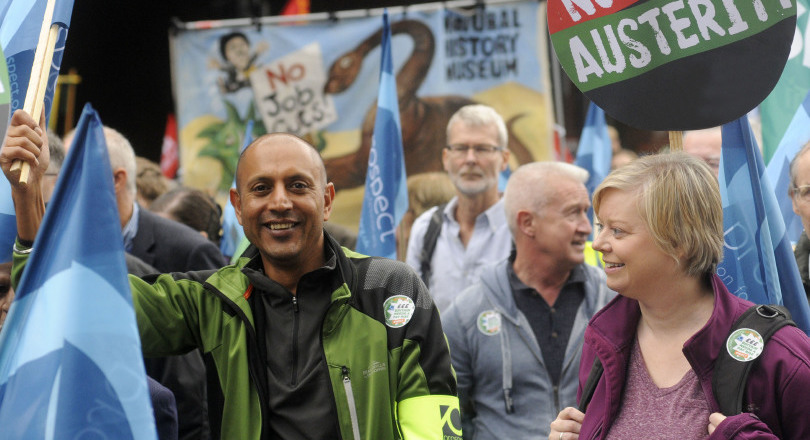 Satnam, a radiochemistry manager at Babcock International Group, was elected STUC president at its 120th congress in Aviemore in April.

“I have always been grateful for the support I’ve had from Prospect union as a black trade unionist and the role Prospect has played in championing the equality agenda.

"This support has culminated in the great honour of becoming the STUC’s first black president,” said Satnam.

“This is an important period for the trade union movement in Scotland. The Brexit negotiations are putting further strain on our already struggling economy and racism and anti-immigration sentiment are on the rise. That is why there has never been a more important time for trade unions in Scotland to have a strong voice.

“Real wages are stagnating and precarious and insecure work scar our economy – leading to rising poverty.

“That is why I believe that decent work, fair pay, fair taxation, better resourcing for public services and a proper industrial strategy should be a priority,” Satnam concluded.

Mike Clancy, Prospect general secretary, said: “This is a great honour for Satnam and Prospect. As a union, we take diversity seriously and it is good to see this being recognised across the trade union movement.

“There are huge challenges for Prospect members and trade unionists in Scotland. I am really pleased that members and activists will have a good ally by their side in Satnam.”

Grahame Smith, STUC, general secretary said: “It is an absolute pleasure to welcome Satnam Ner as president of the STUC. He is a dedicated and extremely hard-working trade union representative who has given so much to the trade union movement in Scotland.”