Professionals’ union Prospect is headed to the country’s highest court on Monday to argue a case of pay discrimination on behalf of member Mohammad Naeem, who works as a Prison Service chaplain. 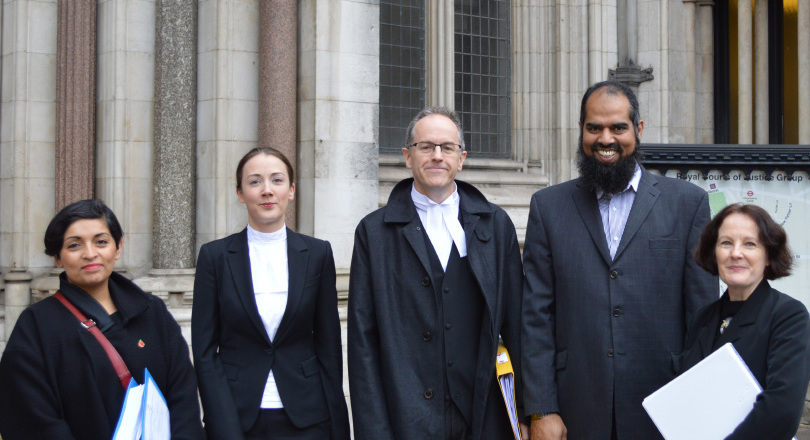 As a Muslim chaplain, Mohammad is more likely to be paid at the lower end of the pay scale compared to longer-serving chaplains.

Mohammad’s case argues that this is indirect discrimination on the grounds of religion and race.

“We are appealing to the Supreme Court not just to obtain a result in Mohammad’s individual case, but to improve the law for all workers,” said Prospect general secretary Mike Clancy. “We are committed to fighting discrimination at work and will challenge unfairness in the courts. With union support discrimination cannot hide.”

Prospect presented Mohammad’s claim to the employment tribunal in 2011. At that point he had worked as a chaplain in the Prison Service for almost ten years, but was earning £5,000 per year less than other chaplains.

The tribunal found the pay system disproportionately disadvantaged Muslim employees but said that the difference in pay was justified, largely on cost grounds.

Prospect appealed against the finding that the pay difference was justified. The Prison Service cross-appealed on the grounds that there was no particular disadvantage to Muslim employees.

The employment appeal tribunal reversed the original decision, saying that that Mohammad had not faced any particular disadvantage. However the EAT did say that the Prison Service had not justified the difference in pay.

Prospect lodged a further appeal to the Court of Appeal, and the case was heard in November 2015.

The court dismissed the appeal and said the reason why Muslim chaplains had shorter service was not due to discrimination, but resulted from a lesser need for their services historically.

The Court of Appeal’s judgment is the latest in a number of judicial decisions that have sought to restrict the scope of the law on indirect discrimination.

Prospect’s head of legal, Marion Scovell, said: “The Court of Appeal ruling is a backwards step for equality law. It would require workers not only to show that workers sharing their protected characteristic (such as race or religion in this case) are disproportionately affected by the treatment, but also that the protected characteristic was itself the cause for the disparity. This has potentially adverse implications for a wide range of discrimination claims and raises extremely significant legal points on the scope of indirect discrimination.

"It places an additional burden of proof on workers who are already contending with the introduction of Employment Tribunal fees which have made it much harder for ordinary people who are discriminated against to get justice.”

The case will be heard in the Supreme Court with Essop and others v the Home Office on November 14/15. The judgment is expected in early 2017.

Mohammad will be represented by Sean Jones QC and Amy Rogers of Counsel, who are instructed by Emma Hawksworth of Slater & Gordon.

The Supreme Court live streams many cases on its website, so you can watch the full proceedings as they happen. Check here on Monday 14 November to see if the case is being streamed https://www.supremecourt.uk/index.html