Forcing schools to become academies and cutting school improvement officers will do nothing to improve standards, Prospect’s conference heard in May. 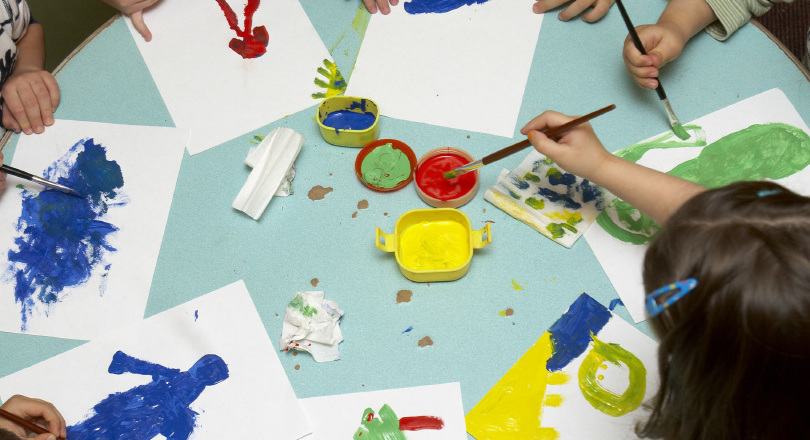 The national executive was instructed to vigorously oppose any erosion of the local authority-managed schools service, after a successful motion moved by Esther Keller (Education and Children’s Services group).

The motion called on the union to “influence the future policy direction in education at local and national levels".

Keller highlighted a shift by post-war governments to take responsibility away from local government, much of it ideologically driven.

Former Conservative prime minister Margaret Thatcher had deliberately targeted the demolition of Labour councils, leading to a greater willingness by her successors to cap, limit and control local government democracy in England.

“Local government has been cut out of equation through preferences of market-based provision and contracting out – so-called ‘commissioning’.”

The coalition’s and current government’s cuts and the shift of power had made it harder for democratically elected representatives to respond to local concerns.

“However, there is no credible evidence that taking away the oversight of education from local authorities and conversion to academy status improves pupil attainment in national tests and exams, or leads to school improvement,” said Keller.

“Even schools minister Nick Gibb has conceded this government does not believe that all academies and free schools are necessarily better than maintained schools.”

In January 2015 the Commons education committee concluded that academisation was not always successful or the only proven alternative for struggling schools, including primaries.

The government’s recent change of mind over forcing all schools to become academies had created uncertainty and stopped schools and colleges concentrating on their core business.

The continued cuts to schools, school improvement and children’s services were short-sighted and would increase inequalities.

Supporting the motion, Sean Maguire (Education and Children’s Services group) said that in the 1950s and 1960s, some dentists had the idea that removing teeth and replacing them with dentures would cure toothache.

The recent white paper on funding reform had taken away the “last vestiges of the power of local authorities to improve schools”.

Graham Skipp (BT London Central East and South) said as a parent governor in a high school academy and local authority run primary school he could see both sides.

When the high school had become an academy, it had worked, but only because of a large, skilled and diverse governing body, excellent senior leadership team and top quality administration. However, it was now creaking at the seams, with medium- and long-term finance issues.

Much smaller primary schools, which lacked such staffing levels and support, were “scared rigid” of having to convert.

Bob Akroyd (Environment, Food and Rural Affairs) said the government argued that its policies were about choice, but it was overriding parents, children and democratically elected local authorities to impose its changes.

Even head of Ofsted Sir Michael Wilshaw had conceded that some academies were already manifesting the same weaknesses as the worst local authority schools, and making the same excuses.

Delegates also supported a motion moved by Paul Watson (Education and Children’s Services group) calling on Prospect’s executive to put pressure on the Scottish government over lack of funding to close the attainment gap in its schools.

He said children from higher income households had been found to outperform others at ages three and five, with a clear literacy gap at age eight, which increased by the time children reached 13. By age 23, children from lower income families were more likely to be unemployed, work part time and earn less.

“Each Scottish local authority used to have a team of well qualified school improvement advisers. But in response to financial pressures, the capacity for local authorities to make such provision has been steadily eroded and many posts have disappeared. ” Many of those affected were members of Prospect and its predecessor union, Aspect.

Speaking in support, Alan Denney (for the national executive) said school improvement officers had borne the brunt of funding cuts, partly because of a misapprehension that they were back office, not frontline, and could be dispensed with.

If the Scottish government was serious about improving standards, it must provide additional funding to local authorities. “This will deliver much more than 1,000 tests. Rhetoric will not close the attainment gap. Our members will.”