“We must create a fairer Scotland together”

Satnam Ner, a Prospect rep at Rosyth Royal Dockyard and vice-president of the Scottish Trades Union Congress, delivered a keynote speech at the St Andrew’s day march and rally in November. 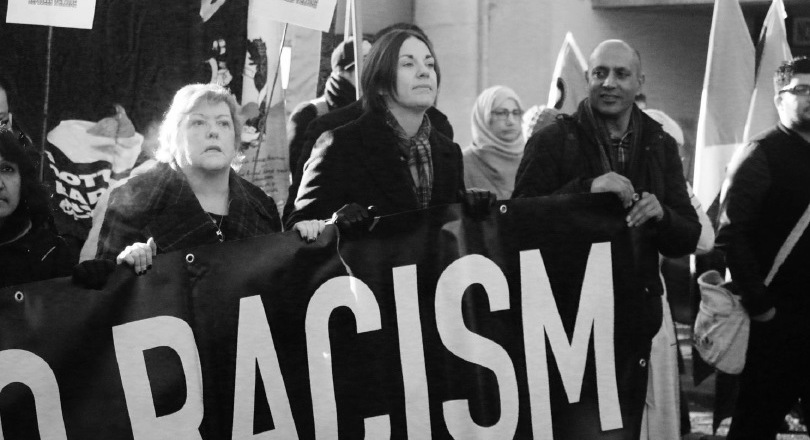 The STUC has organised a march and rally against racism and fascism on the Saturday on, or before, St Andrews Day since 1989.

Prospect had a good presence in 2016 and the march and rally was one of the best-attended events in recent years. Extracts from Satnam's speech are reproduced below. You can also watch a short video produced by the STUC.

"As a long-serving member of the Black Workers’ Committee and as this year’s vice-president of the STUC, I can say without any doubt that this is my most important engagement to date.

It is the only annual trade union led anti-racism event in the UK. So the STUC has had a very important role and I am very proud to carry the STUC Black Workers’ Committee banner and to lead on organising this event, certainly for the last 20 or so years.

Friends I know that there will be differences of opinion in this room about the EU referendum. For trade unionists on either side of the debate the decisions around the referendum were driven by workers’ rights, and what would be the best result to defend working people in this country.

I think I can say with whole-hearted sincerity that for trade unionists on both sides of the debate, the decision was never about limiting migration nor about turning our backs on the world.

For us the debate and the focus was, and remains, how best we can support workers, defend our rights and defend our communities.

And it is increasingly clear that we will have a fight on our hands. A fight to defend our equality laws, our rights at work and our human rights.

So we must not be defeated as we have so much work to do. Nor should we be tempted to turn on each other, seeing each other’s failings more readily than our strengths.

We must also be prepared to listen. To hear the voice of people who feel like they have no voice. To consider why so many people are prepared to listen and to accept arguments rooted in the idea that liberalism and equality has gone too far?

We cannot simply dismiss an argument because we do not like it and we cannot fall into a trap of thinking that because we agree and because our friends agree, that means everyone agrees.

We must all go out and organise and debate and listen, and more than anything support each other. Support each other in our workplaces and in our communities and win the argument for more rights not less, for greater social protections and for a more open and welcoming society.

We must work to build a better country where fair work, equality and human rights are real and meaningful concepts.

This has always been the challenge for trade unionists, and for anyone who wants to see a better society, but right now with Brexit changing so much, we have the opportunity to win as well as lose, to create as well as destroy.

So the challenge is simple, we must create a fairer Scotland together."